Tyrese Gibson has admitted to hiring a plane to fly a banner directed at his 10-year-old daughter despite the temporary restraining order his ex-wife granted against him.

The banner — which read “No matter what, daddy loves you Shayla” — comes as the former couple face-off in court after Norma Mitchell Gibson accused him of abusing their daughter. TMZ reports that Norma has filed a police report in response to the banner, which was was flown on Monday over the child’s school. She claims the actor violated her temporary restraining order against him and their child, Shayla.

In court documents obtained by PEOPLE last month, physical and legal custody of Shayla was temporarily granted to Norma, while ordering the actor to stay 100 yards away from both of them, including Norma’s home.

Taking to Instagram on Wednesday, Tyrese addressed the banner by sharing several photos of himself and Shayla, with the caption: “I wanted the banner to be longer but it’s was too expensive.”

In a statement to PEOPLE, Norma’s attorney, Aleen Laura Khanjian, said in response to the banner: “This disturbing behavior is a complete violation of the restraining order. It is a reflection of Mr. Gibson’s erratic state of mind.”

“Simply put, he doesn’t respect boundaries,” Khanjian’s statement continued. “If he did, this restraining order would not have been necessary. At the end of the day, we simply want him to get the help he needs so that he can become a stable, solid and secure presence in his daughter’s life.”

In the initial court documents, Norma accused Tyrese of abusing their daughter on Aug. 19, alleging the actor “pushed our daughter to the ground, pinned her face down, put his knees on her back, grabbed her hands with one arm and beat her with the other.”

Norma — who was wed to Gibson from 2007 to 2009 — alleged her ex hit Shayla “between 12 and 16 times,” leading the child to allegedly later tell her mother that she couldn’t sit down due to pain and saying, “Mum, Dad beat me so hard that it hurts when I sit down.”

In her declaration, Norma claimed Tyrese was diagnosed with Bipolar disorder as well as manic behavior by three psychotherapists — which she said he denied. She also expressed she was “deeply concerned” about the actor taking their daughter to Dubai, where he has allegedly threatened to travel in the past — and stating the he did not return their daughter’s passport to her when she requested.

She also claimed theactor withheld contact between her and Shayla while their daughter stayed with him.

Apart from alleging that he abused their daughter, Norma also wrote in her declaration that he was prone to “beat on the people he is in conflict with” and that he had hit her “a number of times in the past including when I was pregnant with our daughter.”

Norma’s attorney Khanjian told PEOPLE that by taking legal action, “Norma wants Tyrese, her ex-husband, to receive the therapy he needs so that their daughter can have the relationship with her father she deserves. Norma wishes nothing but the best for Tyrese and is willing to support him, through the courts, to become the father he wants to be.”

Gibson previously told PEOPLE in a statement that Norma’s allegations were “hurtful lies.”

“After 9 years of working extremely hard to co-parent our child, I am disappointed to learn that the mother of my daughter has made gross and false accusations against my character in a shameful attempt to ruin our co-parenting efforts,” he said. “There is nothing I love more in this world than my daughter and I would never do anything to harm her well-being or happiness. Co-parenting is tough and it’s unfortunate when your partner tries to sabotage the situation with hurtful lies and irrational behavior.” 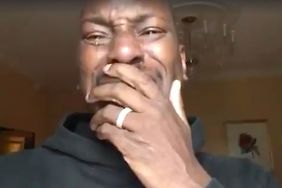 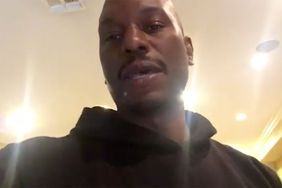