The hilarious revelation came when Paltrow, 46, appeared on Iron Man star and director Jon Favreau’s Chef Show a few weeks ago, when she seemed confused once Favreau said they had been in Spider-Man: Homecoming together. Favreau reminded her of the scene they were in, and Paltrow was hilariously shocked.

Holland, 23, jokingly responded to Paltrow’s confusion during a trivia game on PopSugar alongside Spider-Man: Far From Home co-stars Zendaya and Jacob Batalon.

Gwyneth Paltrow Completely Forgot She Was in Spider-Man: Homecoming — and It’s Hilarious

“I mean, I’ve only worked with Gwyneth one time, on Spider-Man: Homecoming, which she doesn’t remember. Which still to this day breaks my heart,” Holland joked.

To Paltrow’s credit, she only appears in a short cameo in the film in a scene towards the end of the film where she arranges a press conference to announce Spider-Man as the newest addition to the Avengers.

And even Holland himself had a memory lapse when responding to Paltrow’s comment, as the two actors have actually been in two films together, not just one as Holland initially remembered.

“No, actually no, that’s not true,” he eventually realizes. “One time when we were shooting [Avengers] Endgame, she was in her blue suit, and I was in my Spider-Man suit.”

“She came up and she asked me for a photo with me and Robert [Downey Jr]. And I think she posted it and she said, ‘Robert Downey Jr. and myself and this guy.’ I was just the guy. It was cute.”

Holland plays the iconic superhero again in the upcoming Spider-Man: Far From Home, which follows the events of Avengers: Endgame.

Chris Hemsworth Helped Tom Holland Land the Role of Spider-Man: ‘We Have a Great Friendship’

Spider-Man: Far From Home hits theaters on July 2, and is projected to rake in $120 million on it’s opening weekend alone, with an overall projected domestic gross estimated at $405 million, according to Box Office Pro. 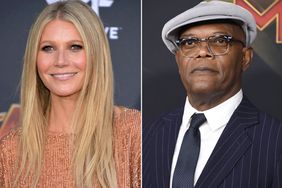 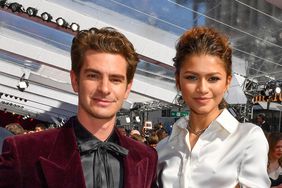 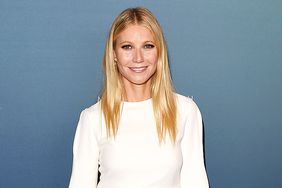 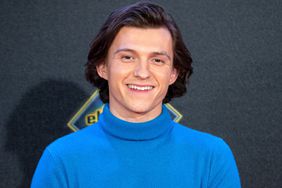