A Beautiful Day in the Neighborhood is available on Digital Feb 4 and on 4K, Blu-ray and DVD on Feb 18

Tom Hanks not only played Fred Rogers in A Beautiful Day in the Neighborhood — he was also the late TV icon’s favorite actor!

As revealed by director Marielle Heller in a featurette from the home release of the acclaimed film, Rogers was a huge fan of the actor, who earned an Oscar nomination for Best Supporting Actor for his performance.

“Joanne [Rogers, Fred’s widow] revealed to us that Tom Hanks was Fred’s favorite actor,” she says in the clip. “They never met. And when I told Tom this, he was like, ‘What!”

Joanne, 91, also speaks the world of Hanks in the clip, saying, “I think Tom Hanks is just the nicest person you could ever want to meet. And you hear that from everybody, but that’s my own experience with him.”

Tom Hanks Learns He’s a Distant Relative of Fred Rogers: ‘It All Just Comes Together’

Hanks, 63, previously admitted at how nervous he was to play the late children’s show host, telling CBS This Morning, “The moment I said ‘yes,’ I began to have the night sweats.”

Rogers was known for his charm, human understanding, and ability to connect with people across all backgrounds. The former minister famously used his children’s show platform to discuss complex social issues and break them down in a beautifully simple way easy enough for kids to understand. His show, Mister Roger’s Neighborhood, ran for 33 years and made him a household name for generations.

A Beautiful Day in the Neighborhood is available on Digital Feb 4 and on 4K, Blu-ray and DVD on Feb 18. 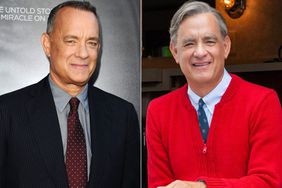 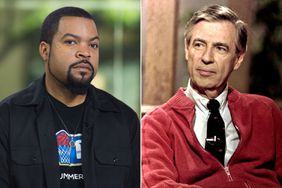 Ice Cube Reveals That Mr. Rogers Sued Him for Using His Theme Song in 'A Gangsta's Fairytale'

Tom Hanks Won't Play Bad Guys Because He's Not 'Malevolent': 'I Don't Think I Can Fake' It 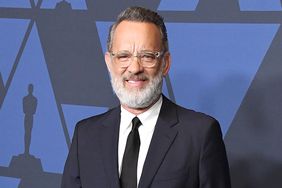 Tom Hanks Reacts to 'Jeopardy' Contestants Who Didn't Recognize Him: 'You Are Kidding Me' 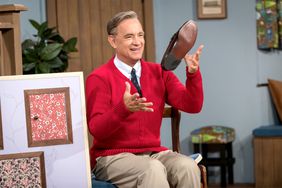