The Academy Museum of Motion Pictures was unveiled on Monday ahead of its grand opening to the public on Sept. 30

Two-time Academy Award winner Tom Hanks and Oscar nominee Anna Kendrick were among some of the A-list stars who unveiled the brand-new Academy Museum of Motion Pictures in Los Angeles.

The museum opened its doors to press and Hollywood stars on Monday for a preview advance of its grand opening to the public on Sept. 30.

"It matters for Los Angeles to have this film museum," Hanks told the press corps that assembled in the enormous, sphere-shaped David Geffen Theater building designed by renowned architect Renzo Piano that has already made the museum an instantly recognizable icon in the Hollywood landscape.

"We all know that films are made everywhere in the world, and they are wonderful films. And there are other cities with film museums, but with all due respect in a place like Los Angeles, created by the Motion Picture Academy, this museum has really got to be the Parthenon of such places," Hank continued.

"We've been talking about this at the Academy for the better part of, I think, 20 years," said Hanks, a member of the Board of Trustees who, along with actress Annette Bening and former Walt Disney Company CEO Bob Iger, spearheaded fundraising efforts for the project. "And the end result exceeds our dreams by about tenfold. It's an extraordinary building. It's an amazing space, it's an inclusive space."

Introducing the early morning program, Kendrick expressed the long-simmering anticipation that's been coursing through both the L.A. community and the entertainment industry in the walk-up to the museum's launch.

"I've been waiting with a lot of people in the film industry – and people everywhere, all the people everywhere – to get my first look at the Academy Museum and, here it is, so shiny and new and enormous," said Kendrick. "It's crammed with about 125 years' worth of ideas and dreams and life-changing cinematic experiences."

Indeed, the museum – which is split between the glass-and-concrete Sphere Building and the Saban Building – houses a vast and stunning array of touchstones from the long history of cinema – among them the Rosebud sled from Orson Welles' Citizen Kane; Star Wars droids C-3P0 and R2-D2; the Mount Rushmore backdrop from Alfred Hitchcock's North by Northwest; the full-sized shark model from Jaws suspended above the escalators; and, as the centerpiece of an expansive display of items from The Wizard of Oz: Dorothy's ruby slippers.

There is also an assortment of behind-the-scenes artifacts – costumes, hair and makeup, cameras, animation concept art and more – and educational displays delving deep into many techniques and evolution behind the filmmaking process, and up-close peeks into the storied history of the Academy Awards including the Oscars Experience, which simulates walking onstage to receive an Oscar, a gallery of the historic statuettes and uber-memorable Oscar nightgowns, like Cher's infamous ensemble from her 1986 appearance.

Appearing in a short film during the press program in clips along with Lucy Liu, Eiza González and Jurnee Smollett, Oprah Winfrey helped underline the museum's intent to be a place of diversity and inclusion.

"The museum will be able to offer a space to actually see how far we've come in storytelling," Winfrey said on Monday. "I wanted to support the Academy Museum to remind future generations of the legends who have paved the roads for all of us. When I heard that the main lobby of the museum was going to be named for Sidney Poitier, I wanted to just shout for joy. because he is not only a personal hero, he's a hero for the Academy, the first black man to win an Oscar. Before there was even a Civil Rights Act, and he just so deserves to have that space be an honor to his name."

Underlining the inclusive efforts, the museum's opening exhibits include elaborate displays dedicated to filmmakers Spike Lee, Pedro Almodovar, and, in the first significant and extensive retrospective outside of his native Japan, animation legend Hayao Miyazaki. Among the many culturally wide-ranging screening series is a look at the career of Anna Mae Wong, one of the few high-profile Asian actresses of Hollywood's Golden Age.

"Do we need a movie museum?" asked Hanks. "Yeah, because we need to celebrate everything that this town has brought to the world and everything the art form as brought to the world order to bring people together, whether you're watching [a] film on the last of the surviving Cinerama screens, or you're streaming them at home on hopefully a good television monitor with a right lumen count and a good sound system, movies continue to be the magical art that speaks to everybody, everywhere."

Piano – who over a five-decade career has garnered acclaim for visionary, high-profile buildings such as New York's Whitney Museum of Art, London's The Shard and Paris' Centre Georges Pompidou – said he tried to express the essence of cinema in his work on the museum.

"I became an architect and I became jealous of filmmakers, very jealous, because movies are probably the most important way to create emotion," said Piano. "Everything is in the movie, everything: it's story, action, light and shadow, music, photography – everything's there. Light and shadow – essential. Tell me about another art I can move people to tears...It's important. Light and shadow is actually the essence of this project, of this building."

There are a dynamic plethora of cinematic mementos within the museum's walls, including a life-sized extraterrestrial from Steven Spielberg's E.T., Marilyn Monroe and Jane Russell's red showgirl costumes from Gentlemen Prefer Blondes, makeup test life masks of Grace Kelly and Clark Gable, Jeff Bridges' cozy robe and sandals from The Big Lebowski, a costume test Polaroid of Blues Brothers stars John Belushi and Dan Aykroyd; a space module model from 2001: A Space Odyssey, storyboards from Hitchcock's Psycho and concept art from Disney and Pixar classics like Snow White, Sleeping Beauty, Toy Story and Up.

But Hanks admitted he was drawn in by one of the museum's more esoteric collections.

"There is one particular gallery I saw yesterday that spoke to me of everything this museum stands for, everything that we were hoping to happen," he said. "It's the room that is filled with old magic lanterns, the little slide projectors that hundreds of years ago, hundreds of years ago, before even there was electricity, through the power of focused candlelight projected a lifelike image onto a blank wall."

Recounting how he could remember not just the films that moved him but the specific movie theaters he saw them in, Hanks said those theaters "provided the same sort of magic as they provided people in the 1700s, when they walked into a dark room to take in the magic of the magic lantern."

The M]museum's eye-catching spherical building, he said, "looks to me like it is the world's largest magic lantern, that will transport us to amazing places simply by getting together with a couple of strangers and walking into a dark room and sharing the experience." 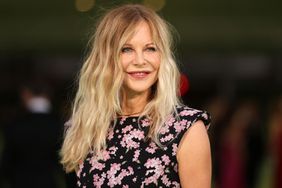 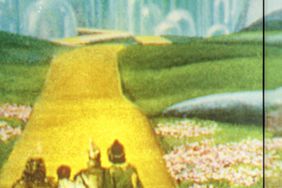 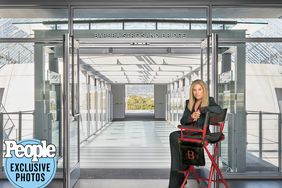 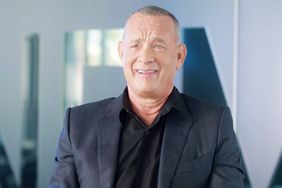 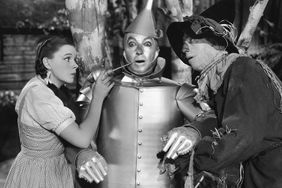