Drew Barrymore, who was previously married to Tom Green, wed Will Kopelman in 2012, ten years after she and Green divorced

Tom Green wasn't on the guest list when Drew Barrymore tied the knot in 2012, but he insists he has no hard feelings over being left out.

Green, 50, appeared on The Drew Barrymore Show Tuesday, where he was joined by his ex-wife Barrymore, 46, and frequent guest Ross Matthews. Barrymore and Green, who starred together in 2000's Charlie's Angels, were married for one year before calling it quits in 2002.

During the show's "Drew's News" segment, Matthews asked Green and Barrymore, "Would you ever go to an ex's wedding?"

Green replied, "I've never been invited to an ex's wedding," and made a point of looking at Barrymore, who was seated next to him. Barrymore married Will Kopelman following her divorce from Green; she and Kopelman later split in 2016.

While Green never got an invite to Barrymore's nuptials, he told the talk show host he understood why she didn't extend an invitation. "[It] makes sense to me," he said. "Honestly, I think it makes sense to probably not go to an ex's wedding."

Barrymore agreed, telling Green, "I think so, too."

Green's latest appearance on The Drew Barrymore Show comes after he participated in an interview on the series last September, which marked the first time he and Barrymore had spoken in 15 years.

Before introducing her guest last year, Barrymore told the audience, "I have always been attracted to visionaries, comedians and people who make me laugh. I was so attracted to our next guest I even married him!"

During their conversation, the former couple reflected on memorable moments in their relationship and caught up after years apart. Barrymore expressed disbelief that two decades had passed since they first got together in 2000.

​​"When you say it's 20 years, sometimes it's the blink of an eye and sometimes you're like, 'Oh my God, we've lived so much in these last 20 years,' " Barrymore told Green. "You've had a whole life and I've had a whole life and it's just really nice to come together and check-in and talk about it. I think the world of you. I celebrate you and I always have and I always will."

She later revealed on The Tonight Show Starring Jimmy Fallon that her interview with Green was unscripted, telling host Jimmy Fallon, "There were no questions prepared for that. I had an offline conversation with him because we didn't want it to be some bougie Hollywood moment, like, 'Let's reconnect in front of the cameras.' " 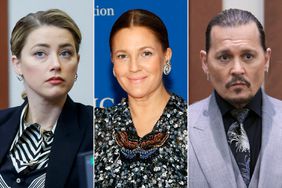 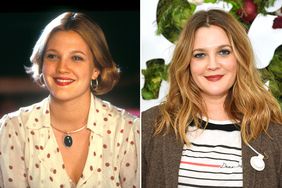 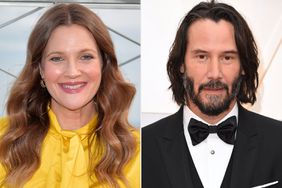 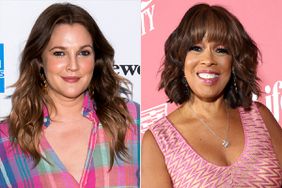