Tig Notaro on Replacing Chris D'Elia in 'Army of the Dead' : 'There Should Be Consequences'

"I think there should be consequences for bad behavior," Tig Notaro told Yahoo! Entertainment when asked about taking over from Chris D'Elia following allegations of sexual misconduct against him

Tig Notaro is celebrating her new role in Army of the Dead — although she does wish the circumstances behind her hiring were a bit different.

In an interview with Yahoo! Entertainment, the 50-year-old actress and comedian discusses playing helicopter pilot Marianne Peters in the Zack Snyder-directed zombie heist flick, taking over from Chris D'Elia.

"It was a joy to do what I did, but I would love to be in the next movie that I do," joked Notaro, who shot her scenes in front of a green screen. "That's my dream! I'd love to interact with the cast."

D'Elia, 41, has been accused over the last year of pursuing and grooming underage girls, exposing himself to multiple women and, more recently, soliciting child pornography.

Notaro called the idea of actors like D'Elia being cut from jobs given their respective controversies "a big question with a long answer."

"But I think there should be consequences for bad behavior," she added.

D'Elia was accused of sexual misconduct and pursuing underage girls by multiple women last year. And in March, the You actor was accused of soliciting child pornography from a teenage girl. (D'Elia's attorney told PEOPLE in response to the latter lawsuit, "Chris denies these allegations and will vigorously defend against them in court.")

The star allegedly "constructed a manipulative, controlling, and abusive dynamic in which he demanded Ms. Doe provide him sexually explicit images of herself over the internet, directed her what specific sexual poses and acts she should perform for him, and psychologically punished her when she refused," according to the lawsuit, which was brought by a woman who was choosing to go by Jane Doe for privacy, in part.

Doe, now 24, was 17 years old during the events alleged in the lawsuit, which she said began in September 2014 when she was still in high school. Among the claims in the lawsuit, D'Elia allegedly solicited "more than 100 sexually explicit photos and videos" from Doe, "approximately half" of which were exchanged when she was a minor.

In February, D'Elia released a YouTube video breaking his silence since the allegations against him last year. In the video, he maintained that all of his relationships "have been consensual and legal," but admitted to having an unhealthy relationship with sex.

D'Elia was subsequently cut from his role in Army of the Dead, which Snyder, 55, previously told Entertainment Weekly is "a full-blown, balls-to-the-wall zombie heist movie, so it's genre-on-genre in a great way."

"So you expect pure zombie mayhem, and you get that, 100%," he added. "But also you get these really amazing characters on a fantastic journey. It's going to surprise people that there's a lot of warmth and real emotion with these great characters."

While star Dave Bautista said he signed on to his role as it was deeper than he expected, he also made sure to emphasize what a fun watch it'll be: "We're running around killing zombies on craps tables. It's just a ton of fun."

Army of the Dead is in theaters now and streaming on Netflix May 21. 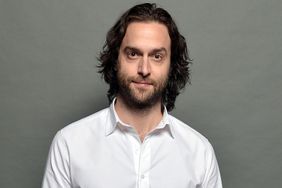