"I like for people to see me and laugh," a young TIffany Haddish says. "I don't care if you're laughing at me or with me, as long as you're laughing, right?"

Tiffany Haddish has been making people laugh since she was a teenager.

In a vintage clip posted by The Laugh Factory on Tuesday, Haddish recalls getting involved with comedy when encouraged by her social worker while she was in foster care in California.

“I started doing stand-up comedy when I was 16,” the Girls Trip star, now 38, says in the video. “And my social worker was saying, you know, ‘What do you want to do with yourself Tiffany?’ And I was saying I want to be on stage, you know? She said, ‘No, we’re going to get you on stage alright. You’re going to go to the Laugh Factory be in a comedy camp.”

The Laugh Factory’s Comedy Camp aims to help at risk or underprivileged youth take their feelings out on stage and use comedy as a means to foster hope and confidence. The program also brings in well-known comedians and during Haddish’s time in the camp, Dane Cook, Jon Lovitz and Damon Wayans stopped by.

A teenage Haddish jokes on stage about riding the public bus and growing up without a fancy television in the video. The clip makes it clear that The Last O.G. actress has never cared what anyone thought. 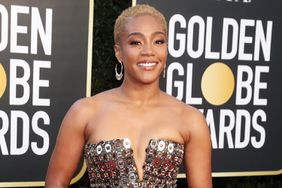 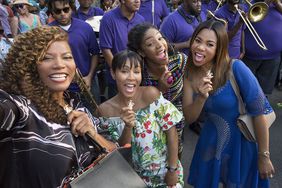