Tiffany Haddish Says She Is in a 'Lesbian Relationship' with Her Emmy: 'That's My Boo'

Tiffany Haddish has been taken off the market — by her Emmy that is.

The 38-year-old comedian reveals she is happily in a “lesbian relationship” with her Emmy Award, which she won last month for outstanding guest actress in a comedy series for Saturday Night Live.

“I’m most excited about when I get to get back in the bed with that Emmy,” Haddish tells PEOPLE in the latest issue about what she is looking forward to now.

“That’s my boo. This is the closest I’m ever going to have to a lesbian relationship, me and Emmy,” the Night School actress says. “She’s a cold bitch, cold as hell.”

For more on Tiffany Haddish, pick up this week’s issue of PEOPLE, on stands Friday.

“But she warms up after you hold her for a little while,” Haddish adds.

The actress is starring in an upcoming film called The Oath, a satire she helped produce set in an America where citizens must pledge loyalty to the President.

Of the political aspect of the film, Haddish says “it felt like it could be a teachable moment because if we don’t get things in order, this could be our future. And it made me laugh.”

The Oath is in theaters Friday. 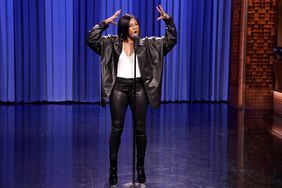 Tiffany Haddish Is, of Course, Incredible at Lip Syncing — Watch Her Battle with Jimmy Fallon 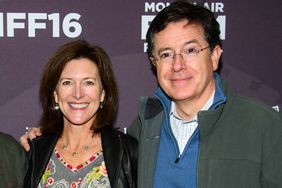 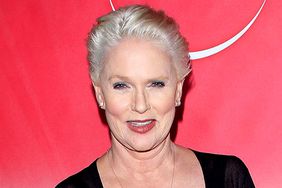 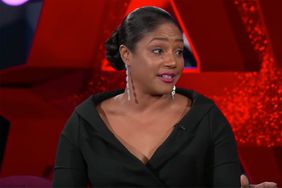 Tiffany Haddish Jokes She 'Pooped' Herself in an Uber: 'I'm Pretty Sure My Uber Rating Dropped'