More than two decades after the iconic comedy hit theaters, see where the cast is today

With the days of portraying waitress Julia Sullivan long behind her, Barrymore has been a huge presence in Hollywood. Starring in successful films such as Never Been Kissed and Charlie's Angels, Barrymore also reunited with Sandler for two more films together, 50 First Dates and Blended. She most recently starred in the Netflix series Santa Clarita Diet and has two daughters with her now ex-husband Will Kopelman. You can catch her daily on her eponymous talk show, too.

For the past two decades, Sandler has had huge success in his career, particularly in comedies such as The Longest Yard, Click and Grown Ups. His production company, Happy Madison Productions, is currently in a film deal with Netflix, and has released several films since the deal was made in 2014.

Most recently, Sandler starred in Uncut Gems, a departure from his usual comedic characters, and garnered critical acclaim for the role. He and his wife Jacqueline Titone have two daughters.

Since The Wedding Singer, Covert has frequently collaborated with Sandler in films. He acted in multiple projects with Sandler, including Big Daddy, Little Nicky, and Mr. Deeds. Covert has recently distanced himself from acting, focusing instead as a producer and co-writer for Happy Madison Productions, Sandler's production company.

After playing Linda, Robbie's fiancée who leaves him at the altar, Featherstone went on to appear on television shows like Providence and Exes & Oh's.

Formerly the antagonist Glenn Guglia, who is less than faithful to fiancée Julia, Glave has appeared in television shows such as Revenge, The Closer, and Hawaii Five-0. He also appeared in the award-winning film Argo in 2012.

Although not even credited in the film for his role as Dave Veltri, Buschemi has since become prevalent in both film and TV. His lead role on HBO's Boardwalk Empire earned him a Golden Globe Award, as well as two Screen Actor Guild Awards. He has also directed several films, as well as episodes of The Sopranos and 30 Rock.

In The Wedding Singer, Arquette played George Stitzer, a singer and fanatic of Boy George. In the years following, she appeared in different films and shows, such as She's All That and Friends, in which she had a scene with her sister-in-law at the time, Courteney Cox. In 2016, she died as a result of issues from her HIV-positive status; she contracted the virus in 1987.

Dow's role as rapping grandmother Rosie is one all fans of the film will always remember. Post Wedding Singer, she landed guest roles in TV series like Will & Grace and Shameless. In 2015, Dow died at the age of 101 due to pneumonia. 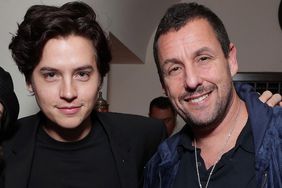