Channing Tatum and Jenna Dewan are parting ways after almost nine years of marriage, leaving the two stars with the task of separating their assets and working out a custody agreement for their 4-year-old daughter Everly.

The pair announced the split on April 2 in a joint statement exclusive to PEOPLE, saying, “We have lovingly chosen to separate as a couple.” They added, “There are no secrets nor salacious events at the root of our decision — just two best-friends realizing it’s time to take some space and help each other live the most joyous, fulfilled lives as possible.”

The duo married in July 2009 after first meeting on the 2006 set of the dance movie Step Up. Though the two were virtually unknown before Step Up, their careers have grown — and Tatum became one of Hollywood’s highest-paid leading men.

He has starred in lucrative hits like 21 Jump Street, which he executive produced, and he later produced his own franchise with Magic Mike and Magic Mike XXL.

Tatum also has major movies in the work, including an adaptation of the Marvel character Gambit that he is writing and producing. His producing gigs mean he got an even bigger payday aside from his salary, which Forbes estimated to be at around $20 million per movie in 2013.

Forbes estimated that the actor made $60 million in 2013 for movies like The Vow, 21 Jump Street, Magic Mike and G.I. Joe: Retaliation. He then made $29 million in 2015, according to the magazine. Tatum also launched his own vodka line, Born and Bred, in February 2017.

Various online estimates place his net worth in the range of $60 to $80 million.

Dewan has also enjoyed success since her turn in Step Up and has landed several roles in movies, TV shows and music videos. Most recently, she booked a lead part in Fox’s musical drama pilot Mixtape from former Smash showrunner Josh Safran. She also has a hosting job on NBC’s World of Dance and executive produced the YouTube Red series Step Up: High Water. Dewan also has partnerships with profitable brands and most recently became the face of athletic wear brand Danskin in mid-2017.

The two also purchased a $6.45 million house in 2015 in Beverly Hills, Calif. The house sits on one acre, has six bedrooms and an outside pool area as well as an entertainment room.

The way they split up these assets all depends on whether they signed a prenuptial agreement when they got married as young up-and-coming stars — which would typically cover the division of assets and spousal support. If not, under California law, everything that was earned or acquired after their marriage would get split 50-50. “Everything earned during the marriage would be considered community property, and would be divided evenly,” as L.A. family law specialist Steve Mindel previously told PEOPLE after Chris Pratt and Anna Faris’ split. 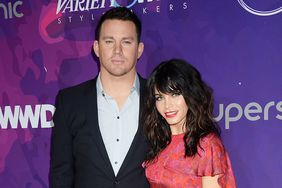 Channing Tatum, Jenna Dewan's Divorce Could Get Very Complicated: 'There Is So Much at Stake' 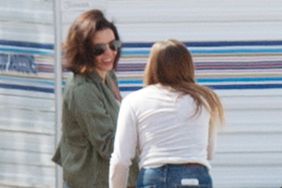