The Matrix's inherent story goes a lot deeper than general audiences might think.

Lilly Wachowski, who co-directed The Matrix trilogy with her sister, Lana, confirmed in a video interview for Netflix on Tuesday that the iconic film franchise had an implicit trans narrative she and her sister worked to incorporate.

“I’m glad that it has gotten out that that was the original intention,” Wachowski, who is currently directing the fourth installment in the franchise, said. “The corporate world wasn’t ready for it.”

The Matrix follows Neo (Keanu Reeves) as a hacker who is trapped inside a simulated reality called the Matrix. He breaks out when offered a chance by Morpheus (Laurence Fishburne) and battles an evil program to free those enslaved in the Matrix.

“I love how meaningful those films are to trans people in the way they come up to me and say, ‘These movies save my life’ because when you talk about transformation, specifically in the world of science fiction which is just about imagination and world-building and the idea of the seemingly impossible becoming possible, that’s why it speaks to them so much,” Wachowski said.

One character in the films, Switch, played by Belinda McClory, was originally written as a trans character.

“We had the Matrix stuff which was all about the desire for transformation,” Wachowski said. “We had the character of Switch who was a character who would be a man in the real world and a woman in the Matrix. Both were where our headspaces were.”

Both Lilly and Lana came out as transgender women after all three original films in the trilogy were released, with Lana coming out in 2010 and Lilly in 2016.

“I don’t know how present my transness was in the background of my brain as we were writing it,” Wachowski said. “We were always living in a world of imagination. That’s why I gravitated toward sci-fi and fantasy and played Dungeons and Dragons. It was all about creating worlds. It freed us up as filmmakers because we were able to imagine stuff at that time that you didn’t necessarily see onscreen.”

The Matrix 4 will see the return of Reeves, Carrie-Anne Moss and Jada Pinkett Smith as well as new characters played by Neil Patrick Harris and Yahya Abdul-Mateen.

Reeves said the upcoming sequel was "wonderful" in Empire magazine's Heroes issue back in June.

"Lana Wachowski wrote a beautiful script and a wonderful story that resonated with me," Reeves, 55, told the magazine. "That's the only reason to do it. To work with her again is just amazing."

He continued, "It's been really special, and the story has, I think, some meaningful things to say, and that we can take some nourishment from." 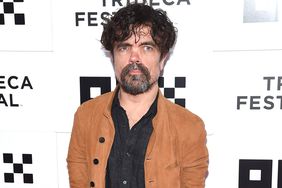