The upcoming horror film The Curse of La Llorona is receiving backlash from fans of the film’s source material — a Latin American folklore story.

The movie is based on the legend of La Llorona, Spanish for “weeping woman,” that stems from the story of a mother who drowned her two children in a jealous rage after discovering her husband with another woman.

The film stars Linda Cardellini as Anna Garcia, a social worker and widow raising her two children in Los Angeles who discovers La Llorona has latched herself onto her with the intent of taking her children.

Fans of the myth shared their disappointment on Twitter that Cardellini had been cast in the lead instead of a Latina actress.

“Why tf is a white woman the center of The Curse of La Llorona!? WHY TF!? WHY. My wela [grandma] scared crap out of me as a kid with this story. JUST WHY. This trailer is BS and I am tired,” the user tweeted.

They continued, tweeting, “#LaLlorona is THE legend of my culture. I was scared of it for decades. The La Llorona song they play at the end of the trailer is iconic and known through out Mexico/Mexican American communities. BUT we need a social worker to tell this story? not the latin family?????? okay.”

Another person tweeted the teaser trailer of the film, writing, “Where are the Mexicans tho?”

“Y’all have 6 months to recast and find some real Mexican/Hispanic actors to play the part they DESERVE. Stop white washing Mexican culture. Come back and post a NEW trailer when you get actors who can say la llorona correctly, not “la Yowrowna”. #LaLloronaMovie,” another person added.

Neither a rep for Warner Bros. or Cardellini immediately responded to PEOPLE’s request for comment.

“I showed my momma the trailer for “La Llorona” and she replied with “La llorona no hablaba Ingles,” a different user tweeted, translated to, “La Llorona didn’t speak English.”

“7 seconds into this trailer and I hear the whitest “la llorona” I’ve ever heard in my entire life. bye,” another person wrote.

While it’s unclear where the origins of La Llorona myth come from, the story has a special place in Latin American culture as a scary story often used to warn children about the dangers of wandering out at night or behaving badly.

Though the story varies from country to country, the apparition is said to act without mercy, dragging children to their deaths in any large body of water.

The film is directed by first-time director Michael Chaves, according to The Hollywood Reporter.

The Curse of La Llorona is set to hit theaters in April 2019. 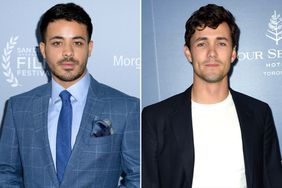 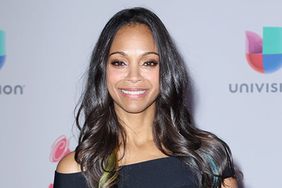