The 72-year-old actor shared a sweet message to his daughter Sophia, 22, after she graduated from the University of Southern California on Friday.

“Our daughter SOPHIA graduates from USC !!!! An absolutely amazing day for us all. So proud!!!!” Stallone wrote in the caption as he shared photos of himself with his daughter in her graduation cap and gown.

Sophia is the third oldest of Stallone’s five children: sons Seargeoh, 40, and Sage, who died in 2012, from his marriage to Sasha Czack and daughters, Sistine, 20, and Scarlet, 16, with Sophia’s mom — and Stallone’s wife — Jennifer Flavin.

Sophia’s family was also there to celebrate the achievement, including Scarlet, who shared a photo of Sophia on her Instagram Story during the graduation ceremony.

Sistine also wished Sophia the best on Instagram when she shared a photo of her, writing, “A college graduate! So proud!”

After her graduation, Sophia began the festivities by singing along to Lizzo in the car.

“Feeling myself lol thanks @lizzobeeating,” she wrote in the video.

The Rocky actor’s three daughters shared the title of Miss Golden Globe in 2017 — an achievement they were all “freaking out” about.

“We were dancing, we were screaming, we got some music playing, the dogs were barking, it was amazing. It was so much fun,” Sistine told PEOPLE in January 2017 of the news.

“Like him, she has read nearly all of Shakespeare’s books,” Flavin said. “They have a very special bond, they think alike and even have the same gestures. Sophia is the love of his life.”

Stallone isn’t the only dad who recently enjoyed seeing his child walk across a stage to accept her diploma.

“Congratulations Joseph! Four years of hard work studying business at Pepperdine and today is your big day!” Schwarzenegger wrote in the caption. “You have earned all of the celebration and I’m so proud of you. I love you!” 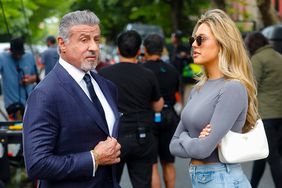 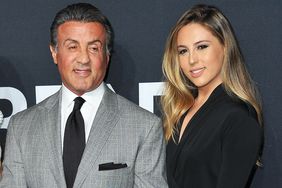 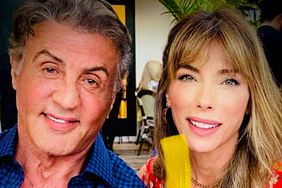 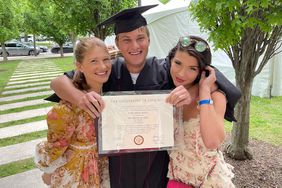 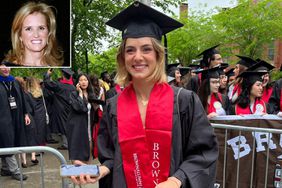