Sylvester Stallone is opening up about his long-harbored hurt at reportedly losing out on owning a stake of his own creation: the multi-million dollar franchise Rocky.

The actor, 73, sat down with Variety for an interview in which he discussed his regret over not pushing for ownership of the film that made him a global icon.

“I have zero ownership of Rocky,” he claimed. “Every word, every syllable, every grammatical error was all my fault. It was shocking that it never came to be, but I was told, ‘Hey, you got paid, so what are you complaining about?'”

He added, “I was very angry. I was furious. Rocky is on TV around the world more than any other Oscar-winning film other than Godfather. You have six of them, and now you have Creed and Creed II.”

While still hurt, Stallone says he regrets not pushing hard enough when negotiating his deal for Rocky.

“You don’t want to ruffle the feathers of the golden goose,” he said by way of explanation.

“It’s like my brother,” Stallone said of the boxer character. “It’s the only voice that I can say what I want without being ridiculed, or being silly, or being precious or sentimental because he is that way.”

Stallone has amassed a fortune for the films — he claims he made $2.5 million for the first installment — including Rocky II to V, Rocky Balboa and the Creed films starring Michael B. Jordan.

Stallone famously sold his dog Butkus when he couldn’t afford to feed him, and bought his dog back after he was paid for the first Rocky.

Now, the actor is in talks to bring Rocky to TV as a prequel series, according to Variety.

He also celebrated the 40th anniversary of Rocky II in June, sharing a sweet message to his fans on his Instagram account.

“A heartfelt thank you for accepting these characters and their stories into your lives!!” Stallone wrote in the caption. “It seems like only yesterday when Adrian was telling me to ‘WIN! And Mickey pushing me to be an ‘Italian Tank! an [sic] go through him!’”

He continued, “And finally the battle with the amazing Apollo Creed… So lucky I am, and incredibly grateful after all this time and I shall always be, Keep punching, Sly.” 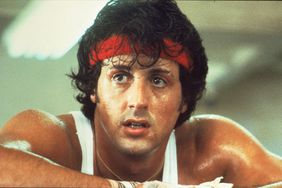 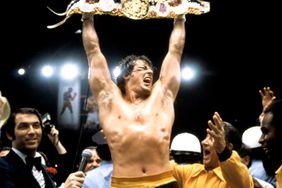 Sylvester Stallone Celebrates the 40th Anniversary of 'Rocky II' : I Am 'Incredibly Grateful'