Steve Buscemi's Wife of Over 30 Years, Jo Andres, Dies at 64

Steve Buscemi‘s wife, Jo Andres, has died. She was 64.

Andres was married to Buscemi — whose wide body of work includes The Big Lebowski, Boardwalk Empire and The Sopranos — for over 30 years. She was a filmmaker, choreographer and artist.

Andres received acclaim for her 1996 film Black Kites, which played at several film festivals, including Sundance, Toronto and London. She also directed music and art videos, including her own performance works.

In an interview with the Independent in 2009, Buscemi said his favorite work of art was “probably something by my wife Jo Andres.”

The Surprising Story of How Steve Buscemi Helped 9/11 Survivors Escape From Rubble: ‘He Was Covered in Soot’

“She paints, she makes films, she has done performance,” he said at the time.

While Andres’ cause of death is unclear, the couple was last photographed together in July at the after party for the film Puzzle in New York City, which Buscemi executive-produced.

The two worked together on Buscemi’s 1992 short film What Happened to Pete. The actor wrote and directed the film while Andres served as the editor. 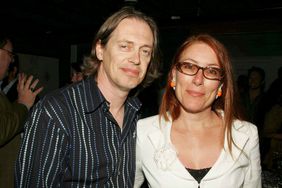 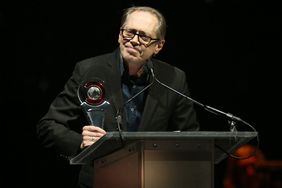