Stan Lee Introduces New Superheroes In 'A Trick of Light' , Co-Creators Reflect On His Last Days

Marvel fans, get ready to enter a whole new universe!

The late and legendary Stan Lee worked for years to create a new team of superheroes who first appear in Stan Lee’s Alliances: A Trick of Light, which is narrated by Grown-ish‘s Yara Shahidi and released on Audible on Thursday.

In an exclusive joint interview with PEOPLE, Lee’s co-creators Luke Lieberman and Ryan Silbert spoke about the project, Lee’s last days, and the enduring power of his storytelling.

The visionary behind comic book legends like Spider-Man and Thor, Lee’s captivating voice sets the tone of the Audible Original in the posthumous introduction (“What is more real? A world we are born into? Or one we create ourselves?” he asks).

Set in the Alliances Universe, A Trick of Light follows Nia, Cameron, and Juaquo as they navigate a world dominated and interconnected by technology. As they fight for a more just online universe, they come up against dark forces that threaten to manipulate that very connection and destroy all of humankind.

“When I first met Stan back in 2000, he was very optimistic and enthusiastic about what the internet could be,” says Lieberman about the concept behind A Trick of Light, which was co-written by Lee and Kat Rosenfield and will be released in hardcover in September 2019.

“When we started ideating around A Trick Of Light, he was more keenly aware of how the internet was failing to live up to that promise. How it was dividing us, how it was tribalizing us. That was a concern for him, so this story is first and foremost about human connection.”

The biggest lesson in A Trick Of Light, which Lee worked on until his death in November 2018, can be found at the core of all of his stories.

“When humans find a real connection with one another, there’s nothing that they can’t do,” Lieberman says. “There’s more that binds us as people than divides us.”

The creators were thrilled when Shahidi signed on as narrator and brought Nia and her friends to life — creating an immersive audio experience.

While they love all of the characters, Nia is the “driving force” of the story, explains Lieberman. (He is also the writer behind Red Sonja, and is executive producer of the upcoming film adaption.)

“Having strong female characters and strong female voices is something I believe in,” he says. “Stan felt very strongly, as did we all, that Nia should be the driving force of the story. It’s really her story as much or more than any of the other characters.”

While creating A Trick Of Light, the co-creators reveled in working with one of the greatest storytellers of the 21st century. Lee is credited with popularizing the flawed hero, or characters with complex, human personalities. This came in stark contrast to the superhero archetypes of the Golden Age of comics, who were typically flawless muscle-bound god-like figures.

His imagination, business acumen and innovative storytelling propelled Marvel Comics from a small subset of a larger publication company, into a multimedia conglomerate purchased by The Walt Disney Company for $4 billion in 2009.

“Stan was the most spontaneously creative human I’ve ever met, ideas were always coming out of him,” says Lieberman, who has worked with Lee for years. “At the time that we were working with him, he was also the most experienced storyteller in the world… It allowed him to cut through the noise and focus us on the characters.”

Lee continued to be a creative force and demand “innovative” and “fresh” stories from his collaborators, even after he lost his wife of 69 years, Joan Lee, in July 2017.

“Stan loved Joan. There was a time when I asked him what the happiest point in his life was and he said, ‘Whenever I was with Joan that was when I was happiest,'” Lieberman recalls. “But in terms of our work on this, [Stan] kept it in the margins, all of the personal stuff, and really just focused on the work. That’s what we were there to do.”

Both Lieberman and Silbert remember Lee as a lover of art, movies (he was a fan of Errol Flynn and The Adventures of Robin Hood), and poetry (according to Lieberman, Lee could “recite Edgar Allen Poe’s poems from memory”).

WATCH: The Avengers: Infinity War Cast Giggle and Dance in the Gag Reel

They also consider Lee a legendary storyteller — and the king of fandom.

“One of the [Stan’s] great legacies is he created modern fandom. He reached out through his soapbox, not only by creating characters but also by inviting readers to interact with him and with each other,” Silbert says. “He had this ability to make the impossible seem possible, both in his stories and in life.”

Stan Lee’s Alliances: A Trick of Light is now available on Audible and in bookstores. 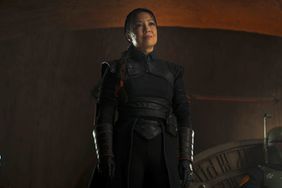 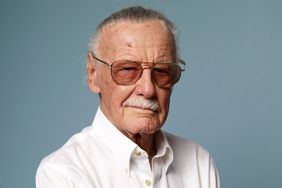 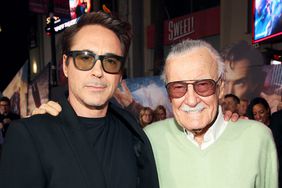