In a new interview with New York Magazine, Soon-Yi Previn said she doesn't believe the molestation accusations made against husband Woody Allen by his adopted daughter Dylan Farrow

Soon-Yi Previn has broken her silence about the allegations of sexual misconduct against her husband, filmmaker Woody Allen, in a new interview in which she also discusses their 20-year marriage.

In the New York Magazine article published Sunday night, Previn — whose relationship with Allen, now 82, began in 1992 when he was still dating her adoptive mother, Mia Farrow — said she doesn’t believe the molestation accusations made against him by his adopted daughter Dylan Farrow.

“What’s happened to Woody is so upsetting, so unjust,” Previn, 47, said. “[Mia] has taken advantage of the #MeToo movement and paraded Dylan as a victim. And a whole new generation is hearing about it when they shouldn’t.”

Previn went on to detail alleged mistreatment by Mia when she was in her care, claiming she couldn’t “come up with a pleasant memory” of their time together. As for Previn’s relationship with Allen — which started when she was 21 — she said that neither thought it would last in the beginning. In fact, Previn said, “It only became a relationship really when we were thrown together because of the molestation charge.”

A Farrow family spokesperson refuted Previn’s allegations of physical abuse and neglect to the magazine. A rep for Mia did not immediately respond to PEOPLE’s request for comment.

Both Dylan, 33, and brother Ronan, 30 — the Pulitzer Prize-winning journalist who helped expose the Harvey Weinstein scandal — have since released statements standing by their mother and slamming Previn’s piece, claiming it omitted key facts and criticizing it for being written by a longtime friend of Allen’s.

“Woody Allen molested me when I was seven years old, part of a documented pattern of inappropriate, abusive touching that led a judge to say there was no evidence I was coached and that it was unsafe for me to be in Woody Allen’s presence,” Dylan claimed in her statement. “The author has written about her friendship and infatuation with Woody Allen. The idea of letting a friend of an alleged predator write a one-sided piece attacking the credibility of his victim is disgusting.”

“My mother never coached me, but she did stand by me, even when Woody Allen unleashed hell on her via lawyers and publicists and allies like the author of this piece,” she added. “Thanks to my mother, I grew up in a wonderful home, filled with love, that she created.”

In Ronan’s statement he supported his mother, writing in part, “I owe everything I am to Mia Farrow, she is a devoted mom who went through hell for her family, all while creating a loving home for us.”

New York Magazine stood by the piece, telling CBS News that Previn’s story deserved to be told and that the relationship between the author and Allen was disclosed.

Also in the lengthy New York Magazine interview, Previn calls her husband — who she married in 1997 and with whom she shares two children — “a poor, pathetic thing.”

“He’s so naïve and trusting, he was probably putty in [Mia’s] hands,” Previn claimed. “One thinks that he’s so brilliant … and yet on certain things he’s so shockingly naïve it makes your head spin and you think he’s putting it on. Mia was waaay over his head.”

The couple’s relationship is detailed as well, with Previn saying their lives are like a “parallel play.”

“We eat breakfast together — we eat all our meals together, and we’ve never spent a night apart since we married — and then I work out, either Pilates or my trainer or the treadmill,” Previn said to the outlet. “I also do yoga. I read the New York Times and point out pieces for Woody to read. Then we have lunch, and in the afternoon I’ll see a friend and go to a museum or shopping or whatever.”

Allen was never charged in relation to Dylan’s accusations, which she first made during his explosive split from Mia in 1992, though a Connecticut prosecutor said there was probable cause for a criminal case.

Dylan made her claims public in 2014, and again last year in the wake of the #MeToo movement, when she asked in an op-ed why Allen had been spared in the sexual harassment reckoning sweeping Hollywood.

Since then, dozens of actors who previously worked with Allen — including Colin Firth, Rachel Brosnahan, Timothée Chalamet, Mira Sorvino and many more — have denounced the director and pledged not to collaborate with him again. Others have stood by him, like Diane Keaton. The Annie Hall actress sent a message of support via Twitter to Allen in January, writing, “Woody Allen is my friend and I continue to believe him.”

In June, Allen referenced Dylan’s accusations while speaking out about his support of the #MeToo movement in an interview with Argentinian news program Periodismo Para Todos.

“What bothers me is that I get linked with them,” the 82-year-old said. “People who have been accused by 20 women, 50 women, 100 women of abuse and abuse and abuse— and I, who was only accused by one woman in a child custody case which was looked at and proven to be untrue, I get lumped in with these people.”

Still, Allen said he supports the movement. “I feel when they find people who harass innocent women and men, it’s a good thing that they’re exposing them,” he explained. “But you know I, I should be the poster boy for the Me Too movement. Because I have worked in movies for 50 years. I’ve worked with hundreds of actresses and not a single one—big ones, famous ones, ones starting out—have ever ever suggested any kind of impropriety at all. I’ve always had a wonderful record with them.” 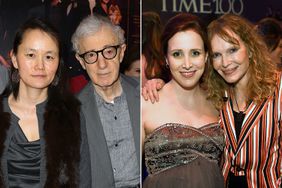 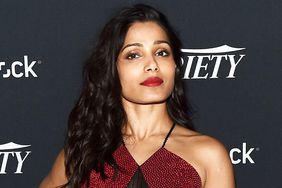 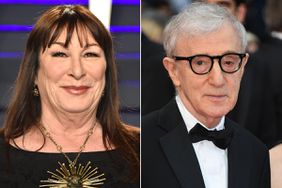 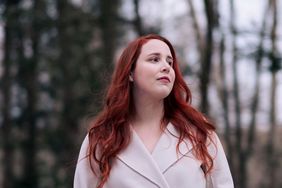 Dylan Farrow Doesn't Feel She Has a Father, Jokes 'Is Woody Allen My Brother-in-Law?'