See Paul Mescal and His Family React to His First Oscar Nomination on FaceTime: 'This Is Bananas'

"This is bananas, thank you!" the Irish actor said in a statement following his nomination Tuesday

Julia Moore is a digital news writer at PEOPLE. She recently received a Bachelor's in in Journalism from Northwestern University's Medill School of Journalism, and has been an avid PEOPLE reader for years.

Shortly after Tuesday's Oscar nominations, the Aftersun actor's younger sister, Nell Mescal, 19, shared a screenshot of the family FaceTime call on Twitter, where they all react to Paul's first-ever nomination.

Nell can be seen holding her hands over her mouth, clearly in shock, as her mother, father, and brother Donnacha have equally excited expressions on their faces. Paul, like his parents and siblings, looks to be in a state of shock and awe, as the whole family experiences the moment together: the Normal People actor is officially an Academy Award nominee for Best Actor.

"This is truly a special moment for everyone involved in Aftersun," Paul said in a statement on Tueasday. "To be recognised by the Academy is such an insane honour and I'm so utterly grateful. I want to dedicate this nomination to my two friends Charlotte and Frankie who I love dearly! This is bananas, thank you!"

The 26-year old, originally from Maynooth, a town just 20 miles outside of Dublin, Ireland, was nominated for Best Actor for his role in A24's Aftersun. He's joined in the category by Austin Butler for Elvis, Colin Farrell for The Banshees of Inisherin, Brendan Fraser for The Whale and Bill Nighy for Living.

Mescal is not alone in his shock — the entire Best Actor category consists of first-time Academy Award nominees.

Nell also shared a series of tweets in the aftermath of the nomination announcement. "I am so proud it is making me sick," she tweeted, along with: "I would post the video of my reaction but those tears were UGLY."

She shared a post on Instagram, too, reflecting on the achievement for her older brother, with an old photo of the three Mescal siblings on a trampoline in Ireland, alongside a photo of Paul from Tuesday morning, gleeful.

Since his breakout role in Hulu's Normal People as lovesick Irish boy Connell, for which he won Best Actor at the BAFTA Awards in 2021, Mescal has gone on to star in Maggie Gyllenhaal's The Lost Daughter alongside Olivia Colman, and Irish drama God's Creatures. Before Hollywood, he trained at the Lir Academy drama school in Dublin, Ireland, and starred in a series of plays including The Great Gatsby.

Currently, he's in negotiations to take on the lead role in the sequel to director Ridley Scott's Academy Award-winning 2000 historical action epic Gladiator, according to multiple outlets.

This year's ceremony, hosted by Jimmy Kimmel, will be held Sunday, March 12, and be televised live on ABC. 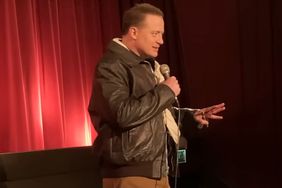 Brendan Fraser Crashes 'The Mummy' Screening — Dressed Like His Character! — in London: 'I Am Proud' 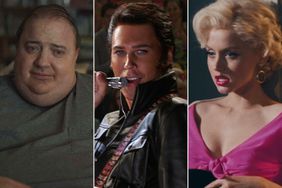 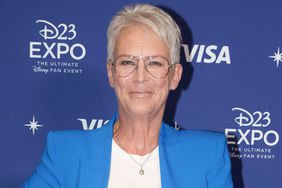 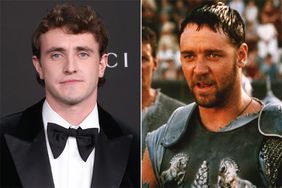 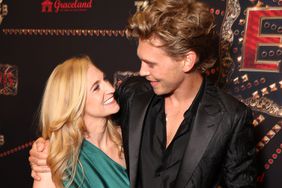 Austin Butler Reveals His Date For the 2023 Golden Globes: His Sister Ashley