Sean Penn and Leila George are putting it on wax.

The actor and his new love interest have released a new clip from their audiobook collaboration, Bob Honey Who Just Do Stuff, exclusively to PEOPLE.

The audiobook, performed by Penn and featuring George, Frances McDormad and Ari Fliakos, is available exclusively in audio on Oct. 18. The authorship of the audiobook has been shrouded in mystery. Penn claims the listed author, Pappy Pariah, is a real person from his past, whom he met back in 1979 at a bar in Key West, Florida. While this strange encounter was nearly 40 years ago, Penn claims Pariah recently sent a manuscript and instructions on how to distribute it to his mother’s home.

The 56-year-old actor stepped out on Thursday with George at the Film Independent LACMA event An Evening with Sean Penn in Los Angeles. The duo performed the entire audiobook with McDormad and Ari’s parts played over the speakers.

Penn was dressed casually in a denim, button-down shirt while George, the 24-year-old daughter of Law & Order: Criminal Intent star Vincent D’Onofrio, sported a bright, red ‘do to add a pop of color to her black and sheer ensemble.

The two were all smiles as they posed for photos alongside film critic Elvis Mitchell.

All eyes have been on George and the 56-year-old since photos surfaced showing the pair locking lips in Oahu, Hawaii, on Wednesday. The stars looked cozy swimming in the ocean and, in photos that surfaced Thursday. In one photo, Penn held George’s face in her hands and kissed her.

Last week, George, an actress, posted an Instagram photo of herself in a recording studio with Penn. “In the studio today recording the audiobook of Pappy Pariah’s men-noir “Bob Honey: Who Just Do Stuff” for @audible_com,” she captioned the photo.

Bob Honey Who Just Do Stuff is available on Audible beginning Oct. 18. To preorder, click here. 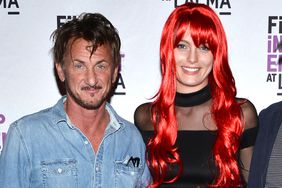 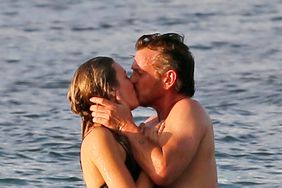 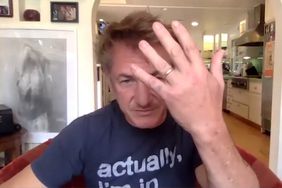 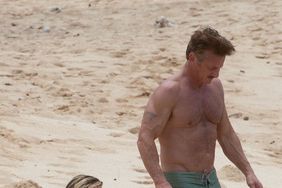 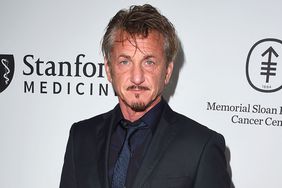 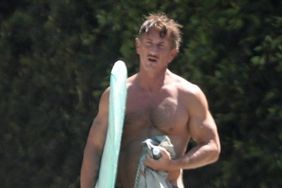 Sean Penn, 58, Shows Off His Toned Abs During a Relaxed Surfing Session in Malibu