In an acclaimed career that spanned six decades, Sean Connery appeared in seven 007 movies and won an Oscar for The Untouchables

Sean Connery, the strapping Scottish actor who, with his suave charisma, commanding presence and booming baritone, embodied the ultimate silver-screen incarnation of the British superspy, died overnight in his sleep while staying in the Bahamas. A cause of death was not given.

"His wife Micheline and his two sons, Jason and Stephane have confirmed that he died peacefully in his sleep surrounded by family," a rep for the actor tells PEOPLE. "There will be a private ceremony followed by a memorial yet to be planned once the virus has ended."

His son Jason went on to tell the BBC that his father had been "unwell for some time."

"We are all working at understanding this huge event as it only happened so recently, even though my dad has been unwell for some time," he said. "A sad day for all who knew and loved my dad and a sad loss for all people around the world who enjoyed the wonderful gift he had as an actor."

The Oscar winner starred in seven James Bond films beginning with 1962’s Dr. No and blazed through a celebrated three-decade streak as 007 that would culminate in 1983’s Never Say Never Again, setting the gold standard for others seeking to don 007’s sharp tuxedo.

Sean Connery's Longtime Home in South of France (Where He Filmed James Bond!) for Sale for $34M

Connery, who was named PEOPLE’s Sexiest Man Alive in 1989 at the age of 59, would experience a reinvention of sorts in the ’90s with a string of high-octane pulse-racers, including The Hunt for Red October, The Rock and Dragonheart (in which he lent his thundering voice to the film’s mythic beast).

But outside of his Bond films, the Scotsman is most fondly remembered for two roles: as Indiana Jones’ testy, persnickety father in 1989’s Indiana Jones and the Last Crusade, and as the doomed Irish cop Jimmy Malone in 1987’s gangster epic The Untouchables.

The latter film would eventually win Connery an Oscar for Best Supporting Actor — the only nomination and victory he would nab throughout his career.

Connery’s massive global fame belied his humble beginnings as a youngster growing up in Fountainbridge, Scotland. Born on Aug. 25, 1930, Connery had spoken openly about a youth steeped in poverty. In an oft-quoted anecdote, Connery claimed that, as an infant, he would be put to sleep in a dresser drawer because his parents couldn’t afford a crib.

By numerous accounts, his early years were unfocused, as he took on a litany of odd jobs, from painting coffins to construction work to modeling nude for a local art school. He also had a failed three-year stint in the Royal Navy as a teenager.

But it was a botched bid to win a bodybuilding contest that would become a key turning point in his life — and serve as his gateway into the world of show business.

In 1953, Connery joined the Mr. Universe bodybuilding contest in London. Although he would place third, the event was a fortuitous one for the brawny 6’2″ Scotsman, who caught the eye of a local casting director and later landed a part in the chorus in the London production of South Pacific.

A start in theater led to stints on TV, where he would toil for the next decade. And then, in 1962, the role that would change everything: debonair superspy James Bond, catapulting him to stardom and kicking off a prolific career that would see him working well into his 70s. He would last headline a film in 2003, starring in the fantasy thriller The League of Extraordinary Gentleman.

In 1996, Connery was honored with the Cecile B. DeMille Award at the Golden Globes, joking to the audience in his acceptance speech: “I’ve traveled to scores of exotic places, met many interesting people, kissed dozens of beautiful women, and have actually been very well paid for it, and I am most grateful. But of course that doesn’t mean that I won’t sue you.”

Four years later, Connery was knighted by Queen Elizabeth II, and he told reporters that the moment was “one of the proudest days of my life.”

He went on to chronicle that vivid, outsize life in his hefty 2008 autobiography Being a Scot, a love letter to his homeland in which he revealed, among other tidbits, that he donated his entire paycheck from Diamonds Are Forever — “My entire fee of over $1 million” — to the Scottish International Education Trust.

Life Outside the Silver Screen

Connery was married twice — first to Australian actress Diane Cilento, whom he divorced in 1973, and with whom he had a son, Jason. Then Connery wed French-Moroccan artist Micheline Roquebrune. And, in 2011, the actor announced he was retiring from making movies.

He largely stayed out of the public eye after that, spending time in New York City where he was occasionally spotted strolling around with Roquebrune. Connery also briefly came out of retirement in 2014 to voice a character in the animated film Guardian of the Highlands.

“I think if actors and actresses are good at what they do,” Connery said in 1996 in his Golden Globes acceptance speech, “and if you, the audience, are affected, moved by the stories we helped to tell, then that’s the real reward.” 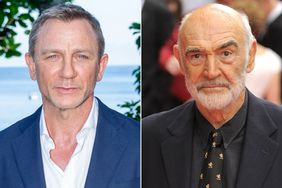 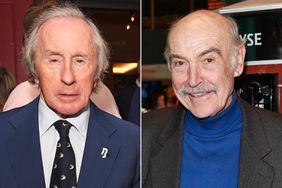 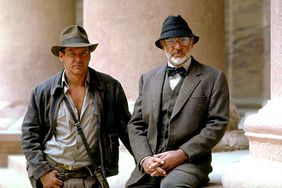 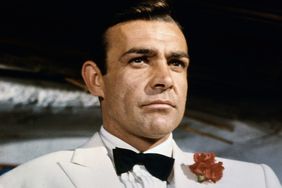 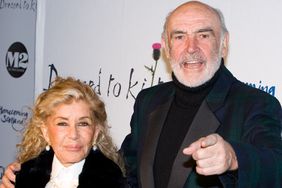