Scarlett Johansson is urging her fellow industry members to halt their involvement with the Hollywood Foreign Press Association — a small group of international journalists that determine the nominees and winners of the Golden Globe Awards each year — pending "necessary fundamental reform."

Amid several groups' announcements that they were pledging to end work with the HFPA until the organization makes changes that many feel are long overdue, Johansson, 36, said in a statement obtained by both Deadline and Variety that some of her own experiences with the HFPA led her to "[refuse] to participate in their conferences."

"As an actor promoting a film, one is expected to participate in awards season by attending press conferences as well as awards shows. In the past, this has often meant facing sexist questions and remarks by certain HFPA members that bordered on sexual harassment. It is the exact reason why I, for many years, refused to participate in their conferences," she said.

Representatives for the HFPA did not immediately respond to PEOPLE's request for comment.

The two-time Oscar nominee went on to allege that the HFPA "was legitimized by the likes of Harvey Weinstein to amass momentum for Academy recognition and the industry followed suit."

Johansson concluded, "Unless there is necessary fundamental reform within the organization, I believe it is time that we take a step back from the HFPA and focus on the importance and strength of unity within our unions and the industry as a whole."

On Thursday, Netflix's co-CEO and chief content officer Ted Sarandos sent a letter to the HFPA's leadership committee that came shortly after the HFPA voted to approve reforms within its organization, according to The Hollywood Reporter.

"Like many in our industry, we've been waiting for today's announcement in the hope that you would acknowledge the breadth of issues facing the HFPA and provide a clear roadmap for change," Sarandos, 56, wrote in part in the letter, obtained by Deadline. "Today's vote is an important first step. However, we don't believe these proposed new policies — particularly around the size and speed of membership growth — will tackle the HFPA's systemic diversity and inclusion challenges, or the lack of clear standards for how your members should operate."

RELATED VIDEO: Tracee Ellis Ross Talks Awarding Diversity In Hollywood: "We All Need To Do Better"

On Friday, Amazon Studios chief Jennifer Salke issued a statement to The Hollywood Reporter, distancing the streaming service from the HFPA.

"We have not been working with the HFPA since these issues were first raised, and like the rest of the industry, we are awaiting a sincere and significant resolution before moving forward," she said.

GLAAD also called out the HFPA for its lack of inclusion when it comes to the LGBTQ community, with President and CEO Sarah Kate Ellis saying in a statement on Twitter, "The HFPA reforms do not go far enough to ensure the organization as a place where historically marginalized communities — including the LGBTQ community — feel welcomed; especially not in time for meaningful change to take place before the 2022 awards season."

"There is a lack of transparency and accountability which still has yet to be addressed," Ellis continued. "It's not enough for the HFPA to just say that they are working towards having a certain number of Black members. It's time for the HFPA and the Golden Globes to truly reflect the full intersectional diversity of Hollywood. GLAAD stands alongside the Time's Up Foundation, Color of Change, and all those who are calling for further and more rapid change, real inclusion, and true acceptance." 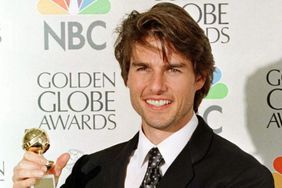