Sandra Bullock on Dad & Dogs Dying Within Weeks: Life 'Happens Whether You Schedule It or Not'

After losing her father and her two dogs within a matter of weeks, Sandra Bullock is keeping in mind that life cannot be planned.

On Thursday’s episode of The Ellen DeGeneres Show, the Bird Box actress, 54, opened up about her trying 2018, in which her father John W. Bullock died at age 93 in September and she announced the deaths of her three-legged dog Poppy and two-legged dog Ruby in October.

“Life, I realized, happens whether you schedule it or not,” she told Ellen DeGeneres, 60. “That just blew my mind this year.”

“My dad died, and then while my dad was failing, we get a call from the nanny … that our dog Ruby, the two-legger, had a stroke,” Bullock recalled. “And I’m like, ‘What, what?’ I was like, ‘Just put her on life support. Do something.’ And they go, ‘We can’t. She’s suffering.’ So I was like, ‘Okay, there’s a reason for this.’ Dad’s settled. We fly home.”

Sandra Bullock Opens Up About Her Family: It’s ‘Not How Most People Thought It Would Look’

“So, you know what, it’s life,” she concluded. “But, you know, when you lose your little rides-or-die, it makes things different.”

Bullock has previously opened up about the deaths. At the ELLE Women in Hollywood event in October, Bullock said, “It’s been a crappy few weeks.”

“My dad died and both of my dogs died, so I don’t feel like being nice!” she proclaimed. 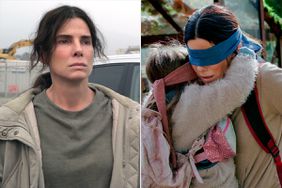 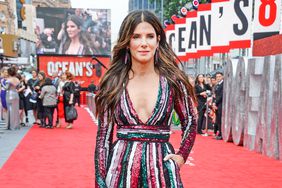