'Sandlot' Stars Have a Funny Run-In with Clueless Fan: 'He Had No Idea' Who We Are

The cast of The Sandlot is celebrating the iconic's film 25th anniversary this year — and now they have a funny story to commemorate the milestone!

The cast of The Sandlot is celebrating the iconic’s film 25th anniversary this year — and now they have a funny story to commemorate the milestone!

Stars Patrick Renna and Tom Guiry, aka Ham and Smalls, ran into a person wearing a t-shirt featuring the movie’s most famous line — “You’re killing me smalls.” Much to their surprise, the person didn’t even recognize them.

“Said nice shirt to this dude walking by us and he had no idea what we were talking about. Thought I would capture the moment,” Renna tweeted.

In the photo accompanying the tweet, Renna is seen right beside his child-like self in a still from the movie alongside the clueless fan.

In April, most of the film’s formerly pint-sized stars reunited on the TODAY Show to talk about how the movie has impacted their lives.

“It’s been crazy. I mean, [it] definitely gets you in places for free,” Marty York, who played Alan ‘Yeah Yeah’ McClennan, remarked. “Can’t walk through a Las Vegas casino without someone yelling, ‘Yeah Yeah.’ ”

Explaining why the film has continued to hold such a special place in people’s hearts, Evans said, “the film was made with the same amount of love that people have for it and it was the greatest summer of our lives.” 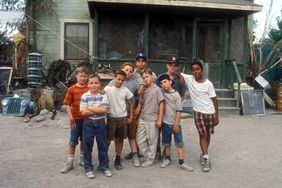 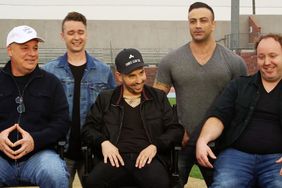 Legends Never Die! 'The Sandlot' Kids Reunite After 25 Years to Play a Friendly Game of Baseball 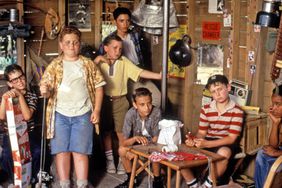 'The Sandlot' Is Being Rebooted for TV with 'All the Original Cast Members,' Director Says 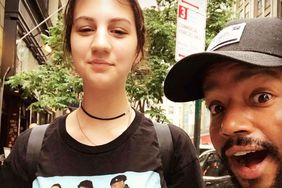