Jurassic World: Dominion is going to be the biggest movie in the franchise yet, according to returning star Sam Neill.

Neill, who returns to the franchise alongside original Jurassic Park stars Laura Dern and Jeff Goldblum, talked to Variety for a new feature in which he teases how epic the third movie in the reboot trilogy is.

"It's going be a big film. [Director] Colin Trevorrow has that childlike sense of wonder, playfulness and inventiveness that [Steven] Spielberg has," he said, referring to original director Spielberg. "We really shot a six-hour movie. We were all very gung-ho. Hopefully, there'll be thousands of massive cinemas ready for it because it's a big film for big audiences."

Neill, 73, also teased where audiences will catch up with Dr. Alan Grant, who last appeared in 2001's Jurassic Park III.

"Same character, but different world, different times. Dr. Grant and Dr. Sattler [Dern] haven't seen each other for some time, so you'll see how that pans out," Neill said.

Neill, Dern and Goldblum return to the series alongside Chris Pratt and Bryce Dallas Howard, who the new trilogy is built around.

In November, Neill celebrated the movie finally wrapping after months of production delays due to the COVID-19 health crisis, which pushed the movie's opening date a whole year to June 10, 2022.

Neill shared a sweet black and white photo of himself with Trevorrow and his costars DeWanda Wise and Mamoudou Athie on Twitter.

"There were days we thought we might not make it. But we have...we pulled off what seemed well nigh impossible," Neill tweeted. "Great crew. Lovely cast . Top director. Phew- and CELEBRATIONS. #JurassicWorldDominion #JurassicPark."

Trevorrow originally shared the photo on his Twitter account, writing, "Wrap on Jurassic World Dominion. All my gratitude to our extraordinary crew and cast. We made a family." 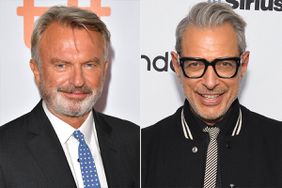 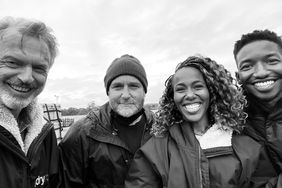 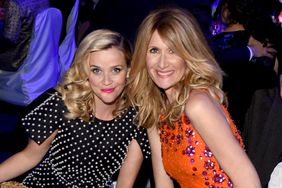