Ryan Reynolds isn't afraid to show his soft side — to his wife, that is

Ryan Reynolds isn’t afraid to show his soft side — to his wife, that is.

The actor, 41, revealed his sweet side on the red carpet of the New York City premiere of Deadpool 2 on Monday night while posing alongside wife and actress Blake Lively.

The father of two tells PEOPLE he is far more sentimental than his superhero character when it comes to expressing his for his better half.

“Oh, I’m a little more [sentimental],” Reynolds says. “I can lay it on pretty thick. I’ve always been sentimental — since I was a kid.”

When asked how old his kids would have to be before they were allowed to see the foul-mouthed crusader, Reynolds joked, “They’re 3 and 1 ½ right now. So, the 3-year-old is not gonna be able to see it for a few months.”

Reynolds seemed to enjoy his night, taking selfies with Lively, 30, while on the red carpet.

This is the couple’s most recent appearance together on a red carpet. They previously attended the New York City premiere of A Quiet Place in April to support their friends John Krasinski and Emily Blunt.

Before that, the two stepped out for the premiere of Final Portrait in March, also in New York City, where the two cozied up for the cameras while wearing matching black and white outfits.

In March, the Deadpool actor jokingly responded to rumors that his marriage was strained, quoting a headline that he and the actress were “struggling to spend quality time together.”

A source later told PEOPLE that the two couldn’t be happier. “They’re 1,000 percent solid and couldn’t be more in love,” the source said. 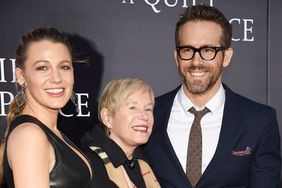 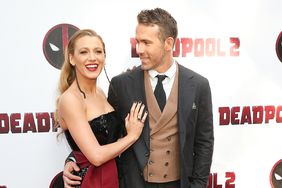 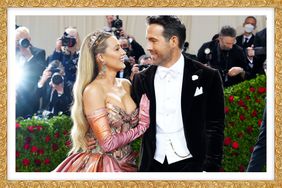 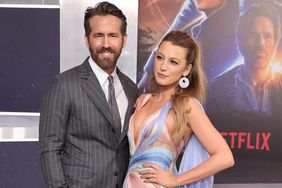 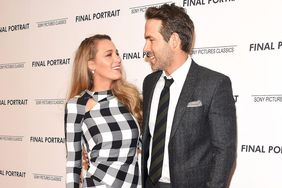 Ryan Reynolds, Blake Lively Are '1,000 Percent Solid' as Actor Jokes About 'Me Time' 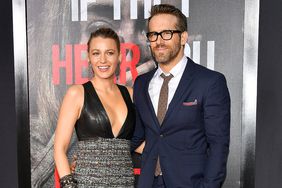