Deadpool is finally part of the Marvel gang — and Ryan Reynolds has some things to figure out.

The actor joked on Instagram about Deadpool 3 officially joining the Marvel cinematic universe (MCU), which adds it to the larger Walt Disney Studios catalog. The announcement came from Marvel Studios president Kevin Feige after months of speculation. The movie is also confirmed to be R-rated, like the previous two Deadpool films, setting it apart from other Marvel projects.

But Reynolds has more important things on his mind now that he's part of the Disney family.

"First order of business: Find the guy who killed Bambi's mom. #Deadpool3," Reynolds, 44, joked alongside a screenshot of a headline announcing the news.

Ryan Reynolds Has a Simple Answer on the Future of Deadpool 3: 'I Don't Know'

While the announcement is sure exciting for fans, Feige told Collider that the movie will not be filming anytime soon as they work on the script and try to find space in Reynolds' busy schedule.

"It will be rated R and we are working on a script right now, and Ryan's overseeing a script right now… It will not be [filming] this year," Feige said. "Ryan is a very busy, very successful actor. We've got a number of things we've already announced that we now have to make, but it's exciting for it to have begun."

"Again, a very different type of character in the MCU, and Ryan is a force of nature, which is just awesome to see him bring that character to life," he added. 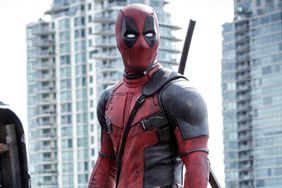 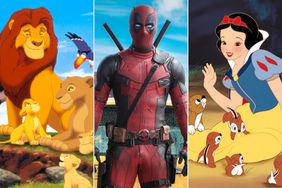