Ryan Reynolds shared an adorable selfie with his wife Blake Lively as the two spent Thursday night out at TAK Room, a restaurant in New York City.

In the sweet snap, the actor, 42, smiles for the camera while wearing glasses and a black shirt. Lively, who wears a striped top, hilariously appears to be unprepared for the picture as she moves her arm in front of the camera.

The restaurant says the happy couple each had their own Fettuccine Alfredo and a dessert.

The pair was in town for New York Comic Con, which Reynolds attended for his upcoming film Free Guy. On Thursday, according to The Hollywood Reporter, the actor spoke on a panel alongside costars including Jodie Comer and Joe Keery, and debuted two clips and an advance trailer for the action-comedy.

Free Guy follows the story of a bank teller who discovers he’s a background character in a video game.

In May, the couple — who wed in 2012 — announced they were expecting their third child while at the New York City premiere of Pokémon: Detective Pikachu. The former Gossip Girl star stepped out wearing a yellow dress that hugged her growing baby bump.

In honor of Lively’s 32nd birthday in August, Reynolds jokingly trolled his wife by sharing some never-before-seen candid photos of her in a hilarious birthday tribute.

“Happy Birthday, @blakelively,” the Deadpool actor wrote along with a series of not-so-camera ready shots. In nearly all of the photos, her eyes are closed while she smiles at the camera.

The couple’s famous pals chimed in on the comments section of the hilarious post, with Deadpool creator Rob Liefeld saying “There are no bad pictures of @blakelively and happy 🎂🎂🎂” and the actress’s sister Robyn Lively remarking, “Nailed it.”

One commenter also remarked “Get that baby outta there!!! 🍼,” seemingly referring to the smattering of baby-bump pictures Reynolds included in his slideshow. 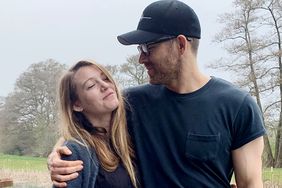 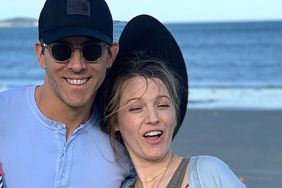 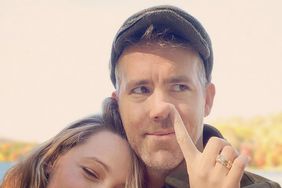