Ryan Reynolds and Blake Lively got married in 2012 at Boone Hall, a former slave plantation in South Carolina

Ryan Reynolds is apologizing about his wedding to Blake Lively, which took place at a former plantation.

The actor addressed the controversy in a new interview with Fast Company, in which he expressed regret for their actions and how they decided upon the former plantation as their wedding venue in 2012.

"It’s something we’ll always be deeply and unreservedly sorry for," Reynolds said.

"It’s impossible to reconcile," he continued. "What we saw at the time was a wedding venue on Pinterest. What we saw after was a place built upon devastating tragedy. Years ago we got married again at home — but shame works in weird ways. A giant f—king mistake like that can either cause you to shut down or it can reframe things and move you into action. It doesn’t mean you won’t f--- up again. But re-patterning and challenging lifelong social conditioning is a job that doesn’t end."

In June, as the conversation around racial justice and the Black Lives Matter movement reached a boiling point after the killing of George Floyd, Reynolds and Lively released a lengthy statement about their own misgivings while dealing with racial topics.

The couple both posted the same statement on their Instagram accounts, announcing they had donated $200,000 to the NAACP (National Association for the Advancement of Colored People) Legal Defense Fund. The statement also acknowledged how they are educating themselves to better help those oppressed by racial bias.

"Last week we contributed $200,000 to the NAACP Legal Defense Fund. We stand in awe of this organization and its leader, Sherrilyn Ifill. And this is just a start," they shared. "We also pledge to star educated and vote in every local election. We want to know the positions of school board nominees, sheriffs, mayors, councilpersons. We want to know their positions on justice. But mainly, we want to use our privilege and platform to be an ally. And to play a part in easing pain for do many who feels as though this grand experiment is failing them."

"We've never had to worry about preparing our kids for different rules of law or what might happen if we're pulled over in the car," the statement read. "We don’t know what it’s like to experience that life day in and day out. We can’t imagine feeling that kind of fear and anger. We’re ashamed that in the past we’ve allowed ourselves to be uninformed about how deeply rooted systemic racism is." 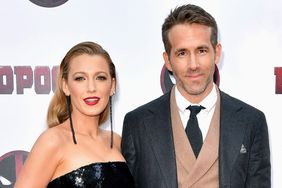 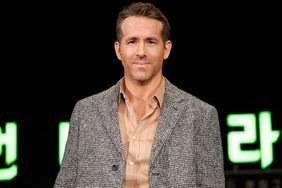 Ryan Reynolds Launches Diversity Initiative for His Next Movie: It's 'The Right Thing to Do' 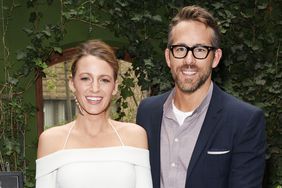