The O'Neals are spending quality time together after their public ups and downs.

On Sunday, Sean McEnroe, 32, posted a family photo of him with grandfather Ryan O'Neal, 79, and his mom Tatum O'Neal, 56, alongside his siblings, Kevin, 34, and Emily, 29. In his caption, the middle child of Tatum and her ex-husband, tennis icon John McEnroe, revealed it was the first time the family had gathered together in 17 years. (Missing from the photo is Griffin, the son of Ryan and brother to Tatum, who struggled with addiction from a young age.)

"This is one of the most memorable photos of my life. The last time we were all together was at the 30-year Paper Moon Anniversary in 2003. I could cry tears of gratitude that everyone in this photo is still alive and that we were all able to come together again after so many years of hardship. The entire West Coast is burning, but if the O’Neals can reconcile, truly anything is possible," Sean wrote, mentioning the wildfires ripping across California, Oregon and Washington.

Ryan and Tatum starred together in 1973's Paper Moon, which made Tatum the youngest person to win an Academy Award at just 10 years old.

Their fractured relationship since has often been talked about publicly. In 2004, Tatum detailed her dysfunctional relationship with her father in her searing autobiography A Paper Life.

After a bitter 20-year estrangement, Ryan told PEOPLE Farrah Fawcett’s death in 2009 played “a very big role” in their reconciliation. Fawcett and Ryan, who had a son, Redmond O’Neal, in 1985, never married. They split in 1997 and announced they would jointly raise their son. They reunited in 2001 after Ryan was diagnosed with leukemia, and Fawcett took care of him.

“She brought us back together,” Tatum said in 2010. She also revealed it was her father who extended the olive branch.

“He told me he’s sorry. He’s all I have in terms of family, and I needed him in my life,” she shared at the time. “My dad was absolutely everything to me.” 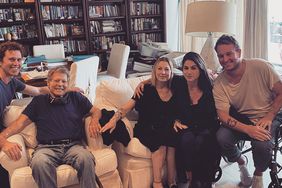 How Ryan O'Neal's First Family Reunion in 17 Years Happened: It Was 'Positive and Loving' 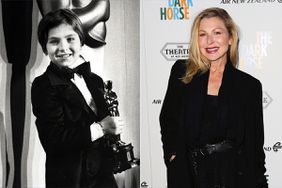 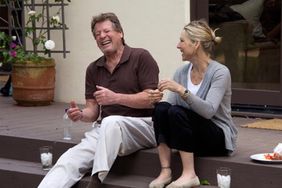