"What fascinated me about Neil Armstrong is that he is kind of a mystery," 'First Man' director Damien Chazelle tells PEOPLE. "It was a dream to have Ryan in this role."

Ryan Gosling is heading into outer space — for his new movie, First Man.

In the upcoming historical drama, the Oscar-nominated actor stars as pioneering astronaut Neil Armstrong. The film, which re-teams Gosling with his La La Land director Damien Chazelle, follows Armstrong’s incredible journey to becoming the first person to walk on the Moon in 1969.

“What fascinated me about Neil Armstrong is that he is kind of a mystery,” Chazelle tells PEOPLE. “For someone that accomplished something that is among one of the most famous things that anyone has ever accomplished, the human himself is a little bit of an enigma. And it’s funny, the first time I ever met Ryan was to pitch him this role, before we did La La Land together, so it was a dream to have him in this role.”

Chazelle says that Gosling was his first choice to play Armstrong because he’s a believable introspective hero. “I was fascinated by the psychology of what can drive someone to do what Neil Armstrong did, to physically go further than any human being in history pretty much, in terms of the journey he goes on,” he says. “I think Ryan is able to capture that kind of drive, that kind of methodical focus, that kind of quiet heroism.”

He adds: “Neil was not a showy person. A lot of the other astronauts and pilots of that era were what you expect, the outgoing, hotshot types, but Neil was very different. He was the brainier, quieter, more introverted person and he’s a man of few words who did the job and got it done. I see a little bit of Ryan in that as well and I think Ryan was able to capture it beautifully.”

Starring opposite Gosling as Armstrong’s first wife, Janet, is The Crown‘s Claire Foy. Chazelle admits to being surprised by how quickly and naturally the actors embodied the married couple and parents of three children.

“Ryan and Claire Foy had never worked together, but I remember right from the beginning they just slipped into these roles, and just became a family on camera,” he says. “There was this sort of chemistry and bond between Ryan and Claire onscreen that really felt like the young Neil and Janet Armstrong that I had read about.”

Oh and the song Gosling and Foy are dancing to in the scene pictured above? An unusual, but favorite piece of music of the Armstrongs.

“It was a track that Neil and Janet shared with each other and that Neil wound up bringing with him on the Apollo 11 mission, it’s called ‘Lunar Rhapsody,'” explains Chazelle. “It’s quite appropriate, but it’s this sort of weird Theremin orchestral track from the early days of the Theremin [a eerie/spacey-sounding electric instrument with metal antennas].”

The Whiplash director’s goal with First Man is to capture the history-making action of Armstrong’s most famous moments as an astronaut, as well as what happened while he was off-duty, at home with his family.

“Ryan and I described the movie to each other as it’s about the moon and the kitchen, which means basically we wanted to tell the story about one of the most epic accomplishments in human history, but root it very much in the intimate and the day to day details of what it was actually like.” he says. “What did it feel like to be Neil or Janet at that moment in time and going through these truly superhuman kind of events.

He adds: “I wanted to try to tell the sort of epic space movie [story] but root it very much in family and in love and loss and marriage and parenthood and what those things mean.” 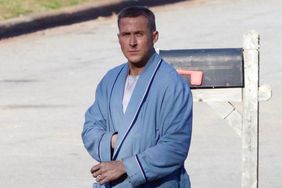 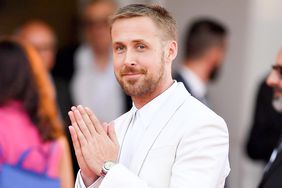 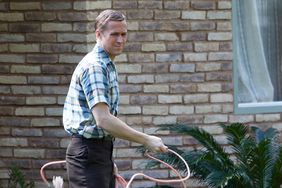 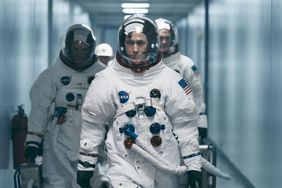 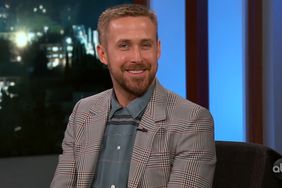