“Sometimes it definitely felt like I wanted to do something else,” the actor who played Ron Weasley admitted

The actor, 32, admitted that although he loved his character Ron Weasley, filming for the series became overwhelming at a certain point.

"There was definitely a time where it felt quite suffocating," he said on Dax Shepard's Armchair Expert podcast. "It was heavy going. It was kind of every day for 10 years in the end."

Grint continued, "It was a great experience, such a nice, kind of, family atmosphere. It was always kind of the same crew we grew up with. So it was a great place to be, but sometimes it definitely felt like I wanted to do something else."

The Harry Potter alum also didn't expect to be filming the series for a decade because with only a few books published at the time, producers originally only wanted to make two movies and then decide if they'd continue based on fan reactions.

"It just never ended. Every year it came back," Grint said. "It was kind of like Groundhog Day because it was always the same sets, it was the same people."

The new father added, "But it was great. I loved it."

Grint also touched on his mindset at the time when he signed on to do the films. 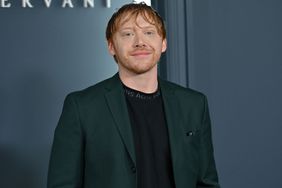 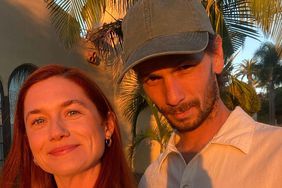