The actress, 46, sued Weinstein, 67, and his former lawyers Lisa Bloom and David Boies on Wednesday claiming they and private intelligence agency Black Cube worked to prevent her rape allegations against the producer from being included in her 2018 memoir, according to filed court documents obtained by PEOPLE.

The trio and the agency are also being accused of racketeering, violations of the Federal Wiretap Act, invasion of privacy and fraud, as well as intentional infliction of emotional distress, the court documents allege.

“This case is about a diabolical and illegal effort by one of America’s most powerful men and his representatives to silence sexual assault victims,” the court documents read. “And it is about the courageous women and journalists who persisted to reveal the truth.”

Weinstein’s attorney Phyllis Kupferstein responded to the allegations in a statement obtained by PEOPLE, writing, “Once and for all, Rose McGowan will be shown to be what she is; a publicity seeker looking for money. From the moment she sought a multi-million dollar payout in return for not making these baseless allegations, which we rejected, we knew that she was waiting for an opportune time to begin this. We will demonstrate that this case has no legal merit.”

The documents allege “Weinstein enlisted others — including his co-defendants in this case — as co-conspirators, all working with a single mission: to protect Weinstein’s reputation, suppress negative information about him, and silence and discredit his accusers.”

McGowan details her rape allegations against Weinstein in her memoir, Brave, which was published last year. Weinstein has denied all allegations of non-consensual sex.

The court documents allege that when Weinstein “learned of McGowan’s plans, he tapped into his team of fixers.”

“The goal was to ensure that McGowan’s story never saw the light of day, and — if it did — that no one would believe her,” the documents allege. “He enlisted prominent, media-savvy representatives, David Boies and Lisa Bloom. He hired the international spy agency Black Cube. Together they worked in concert for more than a year to silence Weinstein’s victims and journalists who were reporting Weinstein’s abuses.”

Bloom’s attorney, Eric George, made a statement to PEOPLE, writing, “It is inexcusable that Ms. McGowan chose to include my client in her lawsuit. Facts matter. There is simply no credible factual or legal basis for her claims against my client. We look forward to our day in court to set the record straight.”

Boies did not immediately respond to PEOPLE’s request for comment.

McGowan’s lawsuit also alleges Weinstein enlisted Black Cube to plant a spy, known to the actress as Diana Filip, to gain her trust by posing as an advocate. The court documents allege Filip stole a copy of McGowan’s memoir and recorded her conversations with the actress.

A spokesperson for Black Cube did not immediately respond to PEOPLE’s request for comment.

RELATED VIDEO: Ashley Judd Speaks Out About Her Decision to Sue Harvey Weinstein: ‘I Lost Prestige & Power in My Career’

“McGowan has suffered tremendously from Defendants’ conspiracy and lies,” the lawsuit states. “Her book sales suffered; her expenses mounted; her job opportunities vanished; and her emotional health cratered. She has experienced trauma and depression from Defendants’ actions, and the deep betrayal will have life-long effects.”

In March, multiple reports revealed that Weinstein had reached a tentative $44 million agreement that would see him compensate women who have sued him for alleged sexual misconduct and board members of his former movie company while settling a pending civil-rights lawsuit by the New York State Attorney General’s Office.

Weinstein is set to go to trial in January 2020 for charges of rape, predatory sexual assault and criminal sexual act based on the accusations of two women, according to The Washington Post.

He has pleaded not guilty to all charges. 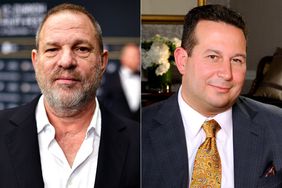