A recent profile of the longtime couple in Vulture noted that the pair, who are starring together in a limited-run of the play Medea at the Brooklyn Academy of Music, refer to each other as husband and wife, even though they are not married.

“I hate all the other words! It’s just easier to say ‘husband and wife,'” Cannavale, 49, told the outlet, adding, “’Boyfriend and girlfriend’ feels so young. ‘Partner’ feels so sterile.”

“What else could we say?,” he asked Byrne in profile, jokingly answering, “My lover!”

“Who gives a s—?!,” Cannavale added. “It’s just funny what people care about.”

The actors and frequent costars have been together since 2012, and share two children: sons Rocco, 4 next month, and Rafa, 2.

During an interview on The Late Show with host Stephen Colbert earlier this month, the pair opened up about their early bedtime and balancing their life on stage with their family. In the interview, Cannavale explained that they don’t bring their work home to their two children.

“The kids, they just don’t care that we’re doing a play,” the Boardwalk Empire actor said. “You come home, you can’t bring anything home with you because the kids just wanna eat, they wanna play.”

Rose Byrne Reveals She’s ‘Learning on the Job’ How to Be a Mom: ‘I’m Like, What Is Happening?’

The proud parents added that, now that their two kids are getting older, their personalities are coming out more and more.

“We call the two-year-old Seal Team Six ‘cause he’s crazy and he’s a killer,” Cannavale joked. “The first one, Rocco, he’s very sensitive. He’s always singing and dancing and the little one is just tough.”

Byrne can currently also be seen in Like a Boss, which is playing in theaters. 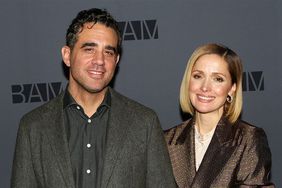 Rose Byrne on What Keeps Her and Bobby Cannavale from Getting Married: 'Let's Get Around to It' 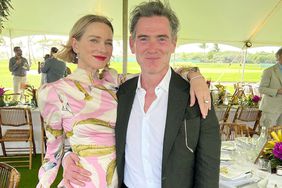 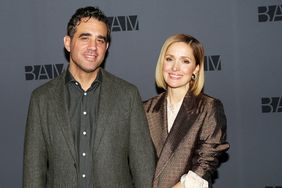