Ron Howard is looking back at Apollo 13 in celebration of the film's milestone 25th anniversary and reflecting on his personal connection to the cast.

Speaking virtually with Entertainment Tonight, Howard, 66, discussed the acclaimed film, which came out back in 1995, and the special bond he had with one of the film's stars — his own mother.

Howard cast his mother, Jean Speegle Howard, to play the mom of astronaut Jim Lovell, who was portrayed in the film by Tom Hanks. Though the filmmaker had a few qualms about casting her, he was encouraged by his father to do so.

"I'm so happy my dad twisted my arm," Howard told ET. "I really didn't think Mom was old enough to do it, and I was also just frankly nervous about it because I knew what a pivotal role it was. But she really knocked it out of the park."

The film focuses on the story of the aborted 1970 Apollo 13 lunar mission and stars Hanks alongside Kevin Bacon and the late Bill Paxton.

Bryce Dallas Howard Admits She Didn’t Tell Anyone Her Last Name in College: 'I Was Insecure'

According to the publication, at the time of the film's release, Howard previously shared at the film's premiere that he would like to be the first filmmaker to ever direct a movie on the moon.

Twenty-five years later, Howard now admits that his desire to do so no longer exists, but he is still excited about the prospect of outer space filmmaking.

"I think I've lived a few too many years and have a little too much going on here on Earth to want to take that risk," Howard said. "But somebody will, and it will be really, really exciting when it happens."

"The television world, filmmaking world, storytelling world, it's made up of a lot of really bold and ambitious individuals and somebody's going to do that sooner than we think," Howard added. "I think that'll be thrilling. I'll be cheering them on."

Apollo 13 Crew Overcame Incredible Obstacles 50 Years Ago: Here Are Their Quotes on Survival

During his chat, Howard also revealed that he is still close with Hanks, especially after the actor's battle with the novel coronavirus back in March.

Noting that he has talked to Hanks a "couple of times" since he got back from Australia earlier this year, Howard revealed he contacted the actor "once while he was ill just to check in on him and I guess once or twice since then," adding, "He's in great spirits."

Hanks and Howard previously worked together on the 1984 romantic comedy Splash before Apollo 13, and continued to work with one another on The Da Vinci Code and its two sequels, Angels & Demons and Inferno.

Howard also recently reconnected with Hanks during an installment of the Josh Gad–hosted web series Reunited Apart, where Gad brought together the cast and creators of Splash, including co-star Daryl Hannah. 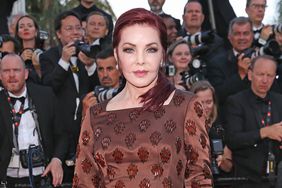