Ron Howard Opens Up About Marrying His High School Sweetheart: 'There Was Never Anybody Else'

Oscar-winning director Ron Howard, 65, met his wife, Cheryl, when he was just a junior at John Burroughs High School in Burbank, Calif. and says there was an instant connection. “I met her, and there was never anybody else.”

The happy couple celebrated their 44th wedding anniversary on June 7 and Howard says the secret to their long-lasting marriage is “communication.”

“People say, ‘How’d you do it?’ There’s no technique. There’s no tactic other than communication is really important. You have to learn to communicate and have difficult conversations in constructive ways,” says Howard. “Beyond that, there’s an element of luck because people either grow together or they don’t and I don’t think you can force that.”

For more on Ron Howard, pick up this week’s issue of PEOPLE, on newsstands Friday.

Howard played Opie on The Andy Griffith Show at age five and later starred as Richie Cunningham on TV’s Happy Days from 1974 to 1980, but says he always knew his true calling was to work behind the camera.

“I was an actor who dreamed of being a director,” says Howard, who won two ­Oscars for 2001’s A Beautiful Mind. His latest film is the documentary Pavarotti, which movingly tells the life story of the famed opera singer.

Throughout his career, Cheryl has been by his side. The couple raised their four children—actress Bryce Dallas Howard, 38, twins Paige and Jocelyn, 34, and son Reed, 32 outside of Hollywood in Greenwich, Conn., and now have five grandkids.

“She’s unbelievably supportive and always has been,” Howard says of his wife. “Our compatibility has endured through all kinds of experiences.”

Pavarotti is in theaters now. 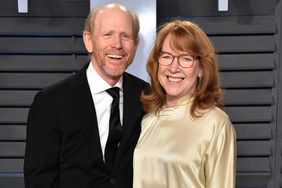 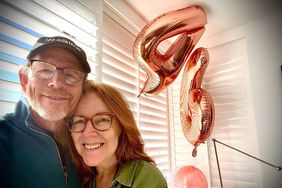 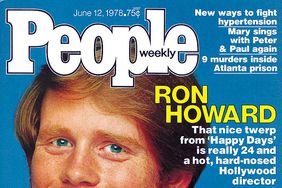 When Happy Days Are Gone Again, It May Be Ron Howard—Not the Fonz—Who Makes It in Films