Robin Williams' Son Zak Is Married: 'I'm Looking Forward to Building This Life I Always Wanted to Have'

Zak, the eldest child of the late Robin Williams, and his fiancée Olivia June tied the knot on Saturday

Zak Williams is a married man!

In an intimate ceremony, surrounded by close family and friends, the oldest child of the late Robin Williams married his girlfriend Olivia June on Saturday at the The Paramour Estate in L.A.

"I had the great joy of marrying my best friend @oliviajune today! It went awesome and we couldn’t have tied the knot on a better day. #WorldMentalHealthDay," Williams wrote on Twitter alongside a photo of the pair on their happy day.

"Married my best friend and love of my life today. @zakwilliams you were already stuck with me forever, and now it’s legally so," June added in her own celebratory message.

The couple, who welcomed son McLaurin "Mickey" Clement Williams (whose first name was Robin’s middle name) last May, said they both loved the date 10-10-2020 and decided to host a COVID safe wedding outdoors.

"In terms of the planning process, it's been challenging, but it's cool to see how safe you can be, while enjoying a festive occasion together," Williams tells PEOPLE.

Williams met June, who is a co-founder of their new company PYM, four years ago when he was going through a tough time following the death of his father by suicide in 2014.

"I was going through a challenging time in my life and she was supportive and there when I needed someone," says Williams. "I'm so thrilled that we now have a family."

The mental health advocate, who works with organizations such as Bring Change To Mind, says he loves being a dad and having a family of his own.

"I love waking up with my son in the morning, making him breakfast and then having the opportunity to show him things for the first time," says Williams.

And he is excited to see what the future brings.

"I'm looking forward to building this life I've always wanted to have and growing together," he says. 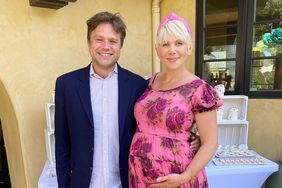 Zak Williams and His Wife Olivia June Say Their Baby Girl Is Due 'Any Day Now': 'Can't Wait' 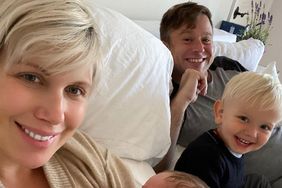