The real-life fraudster depicted in The Wolf of Wall Street is suing one of the film’s producers for $300 million.

Jordan Belfort, on Thursday, filed a lawsuit in Los Angeles Superior Court that alleged Red Granite Pictures CEO Riza Aziz misled Belfort into signing away the rights to his story by misrepresenting how the production would be funded.

Belfort, 57, who pleaded guilty to securities fraud and money laundering in 1999, sold the rights to his memoir — which became the 2013 movie of the same name directed by Martin Scorsese — and its sequel book, Catching the Wolf of Wall Street, to Red Granite.

In court documents obtained by Variety, Belfort said that he believed Aziz when he was told the money behind the production would be legally sourced, and he was “blind-sided” when he learned otherwise.

According to Variety, Aziz is facing corruption charges in Malaysia for allegedly stealing $248 million from a state-run development fund. Belfort, in the court documents, claims the increased scrutiny on Aziz has tarnished the value of his story’s rights.

Had he known of the alleged embezzling, Belfort said in the lawsuit, he would never have sold the rights.

Representatives from Red Granite Pictures did not immediately respond to PEOPLE’s request for comment.

In a statement to BBC News, Red Granite’s lawyer Matthew Schwartz said: “Jordan Belfort’s lawsuit is nothing more than a desperate and supremely ironic attempt to get out from under an agreement that for the first time in his life made him rich and famous through lawful and legitimate means.”

Wolf of Wall Street, which also starred Jonah Hill, Margot Robbie and Matthew McConaughey, earned DiCaprio, 45, his fourth Academy Award nomination, though he wouldn’t win his first Oscar until 2015 for The Revenant.

In 2014, DiCaprio spoke with Variety about working with the real-life Belfort to build his big screen performance.

“My relationship with Jordan from an actor’s perspective was great, because there’s nothing he wouldn’t tell me,” he said at the time, adding that Belfort told him, after seeing the film: “I’m ashamed to admit my favorite movie of all time happens to be about me.” 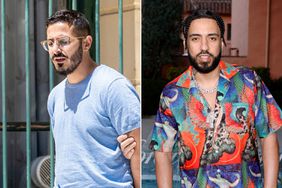