The Real-Life Inspirations Behind Your Favorite Animated Characters' Looks

See who influenced animators as they created iconic characters for Aladdin, The Little Mermaid and more animated classics

Voiced by Dwayne "The Rock" Johnson, the Moana demi-god has a special familial connection to the actor. "a lil' @Disney gem of a secret, my character Maui was partly inspired by my late grandfather, High Chief Peter Maivia of Samoa. #grateful," he revealed on Twitter.

While Michael J. Fox was the initial inspiration for the smooth-talking hero, Disney president Jeffrey Katzenberg urged animators to take their cues from Cruise's performance in Top Gun. "I originally was thinking of him like a Michael J. Fox character, short in stature but with a big ego and lots of dreams," animator Glen Keane told the Los Angeles Times. "In all [Cruise's] poses, I noticed there was a confidence, a look in the eyebrows, that gives him intensity and at the same time a smile that has kind of an impish look, like he's got something up his sleeve." Photos of the actor were hung around the studio, and the illustrators also decided to give Aladdin his "straight-off-the-forehead nose."

In addition to voicing the 1995 movie's title character, Bedard gave animators a physical inspiration. "While we were recording, the animators filmed me to use as a reference for expression and body movement. They also captured certain facial expressions and the way my hands moved," the actress told UltimateDisney.com. "My 2-year-old already recognizes 'Mommy' on the screen. My brother came all the way from Alaska to the Central Park premiere and throughout the screening, he constantly nudged me because he recognized traits of mine."

Animator Glen Keane's design was also influenced by Powhatan women he met in Virginia and a number of models and actresses.

We have the iconic drag queen and John Waters muse to thank for The Little Mermaid's unforgettable villain. As Hazlitt reports, while ideas for the evil witch were being considered, animator Rob Minkoff "drew a vampy overweight matron who everyone agreed looked a lot like Divine... She had the eye makeup, the jewelry, the body type, and the glamour."

The actress talked about being one of the models for the underwater royal during an appearance on The Wendy Williams Show. "I actually was [the inspiration]," she said. "I didn't know that when it was going on, but they asked me to host the making of The Little Mermaid and it came out there that the drawing and likeness of The Little Mermaid was based on pictures of me from when I was younger, which is so cool!"

The Hercules charcter looks like both his voice actor and the animator who drew him. "I designed him as a caricature of Danny, but by the time I got done everyone was saying, 'It's you,' " animator Eric Goldberg told the Star Tribune. The actor added more detail about how DeVito inspired Phil in an interview with Legion of Leia. "When I was doing Phil in Hercules, I was watching Danny DeVito who did his voice on camera and his lips did this really weird shape every time he did an ‘s’ or ‘ch’ sound and I started putting that on Phil and his lip synch really improved," he said.

In addition to being inspired by his sister, Beth, animator Mark Henn incorporated aspects of the actress' star-making looks into the Aladdin princess, particularly her eyebrows.

The talented voice actor also got in costume to provide extensive live action references for the Peter Pan nemesis.

The model met Tia Kratter, the art director behind Brave, who confirmed she inspired the red-headed heroine. "I am Brave!! Tia Kratter at Pixar said I inspired Princess Merida," she tweeted. 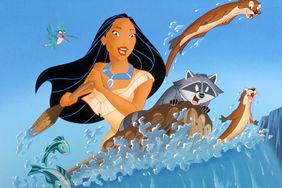 'Mermaid' Artist Glen Keane Grew Up in a Family Circus

Those Faces! Those Voices! Behind 'The Little Mermaid' 's Box Office Splash Are Some Surprising Folks 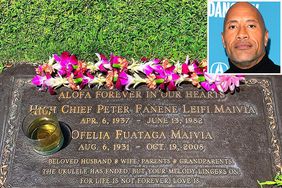 Dwayne Johnson Spends 'Some Alone Time' with His Grandparents' Gravestone: 'Heart Is Full' 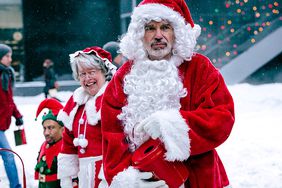