Rick Moranis went to a local hospital with pain in his head, back and hip after the incident

Over a month after Rick Moranis was the victim of a random punch to the head, police say his attacker has been arrested.

"Thanks to an eagle-eyed sergeant from @NYPDTransit, this suspect has been apprehended and charged," the New York Police Department tweeted on Saturday.

On Saturday, Marquis Ventura was arrested in connection with the October attack, according to local NBC and ABC affiliates. An attorney for Ventura was not immediately known.

NBC News reported that Ventura, 35, was spotted by transit officers in the subway system near 72nd Street and Broadway, a few blocks from where the assault first took place. Police told the outlet Ventura was arrested on suspicion of assault in the second degree, which includes the allegation that he had "intent to cause serious physical injury to another person."

In October, Moranis, 67, was on a morning walk near his New York City apartment when an unidentified man sucker-punched him in the head. After the incident, NYPD released a video showing the actor falling to the ground after being hit while the suspect walked away.

Moranis went to a local hospital with pain in his head, back and hip, according to WCBS, which reported that the star reported the incident to the 20th NYPD precinct.

"He is fine but grateful for everyone’s thoughts and well wishes," Moranis' rep told The Hollywood Reporter at the time.

The incident occurred when Moranis, who left public life in February 1991 after his wife Ann Belsky's death to focus on being a single father to their two children Rachel and Mitchell, was just stepping back into the spotlight.

A month before the incident the Ghostbusters star appeared in a commercial for Ryan Reynolds' Mint Mobile phone service.

Next, Moranis will reprise his iconic role in the upcoming Honey, I Shrunk the Kids sequel starring Josh Gad as his grown-up son. 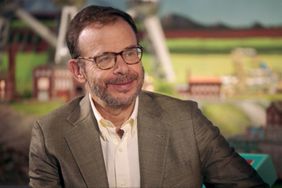 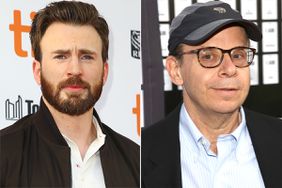 Chris Evans Says His 'Blood Is Boiling' Over Rick Moranis Being Attacked: 'You Don't Touch' Him 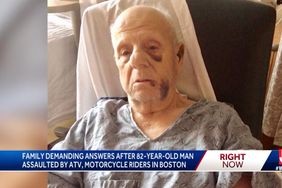 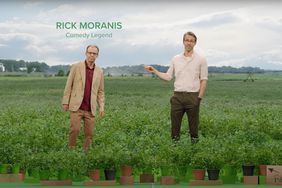