Pixar has a new project in the works!

The animation studio announced on Thursday that its next feature film will be Luca, a coming-of-age story set in the gorgeous Italian Riviera.

The original film will follow a young boy named Luca as he enjoys a memorable and adventure-filled summer with his new best friend. However, the pair’s bond is threatened by Luca’s big secret: although he looks like a human, he’s actually a sea monster who lives just below the water’s surface.

“This is a deeply personal story for me, not only because it’s set on the Italian Riviera where I grew up, but because at the core of this film is a celebration of friendship. Childhood friendships often set the course of who we want to become and it is those bonds that are at the heart of our story in ‘Luca,’” director Enrico Casarosa, who previously worked on Pixar short La Luna, said in a press release.

“So in addition to the beauty and charm of the Italian seaside, our film will feature an unforgettable summer adventure that will fundamentally change Luca," Casarosa added.

Every Major Movie Delayed by the Coronavirus Pandemic: From Top Gun 2 to Captain Marvel Sequel

Pixar is also anticipating the theatrical release of its upcoming film Soul, which was pushed back to November 20 amid the coronavirus pandemic.

Soul follows middle school music teacher Joe Gardner (Foxx) who finally gets a chance to pursue his dream of becoming a professional jazz musician -- but before he can make his dream performance, things take an unexpected turn.

Joe finds himself transported to the “You Seminar” — a place where souls come to reset before returning to a new human body — where he meets soul 22 (Fey). Together they help other souls trapped in the “You Seminar” in order to get Joe back to Earth before it’s too late. 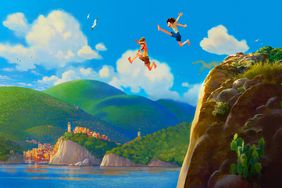 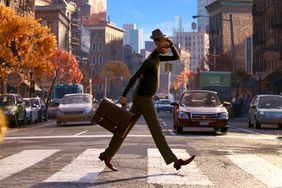