Paul Rudd is having a hard time accepting his new title of PEOPLE's 2021 Sexiest Man Alive.

The actor, 52, has heard it all — kind, self-deprecating, affable, hardworking, all labels he's embraced to some degree. But sexy? That's a little outside his wheelhouse.

"I do have an awareness, enough to know that when people hear that I'd be picked for this, they would say, 'What?' " the actor tells PEOPLE in this week's cover story. "This is not false humility. There are so many people that should get this before me."

Such humble deflection — coupled with those gorgeous green eyes and easy grin — is exactly why audiences have fallen in love with Rudd over the years. This month alone he's reteaming with Will Ferrell for the new Apple TV+ series The Shrink Next Door and taking on one of Hollywood's most treasured franchises with Ghostbusters: Afterlife.

Despite his rise to leading man superstardom, Rudd insists he's most happy at home with his wife of 18 years, Julie, 53, and their kids Jack, 17, and Darby, 12.

"When I think about myself, I think of myself as a husband and a father, like I'm that," he says. "I just hang out with my family when I'm not working. That's what I kind of like the most."

The actor's wife was the only person he told ahead of time about his new title.

"She was stupefied," he says. "But you know she was very sweet about it. After some giggling and shock, she said 'Oh, they got it right.' And that was very sweet. She was probably not telling the truth, but what's she going to say?"

Rudd is also expecting his circle of friends to give him "so much grief."

"As they should. I would," he allows. "I mean I'm going to lean into it hard. I'm going to own this. I'm not going to try to be like 'Oh, I'm so modest.' I'm getting business cards made. But all of my friends will destroy me and I expect them to. And that's why they're my friends."

"I'm hoping now that I'll finally be invited to some of those sexy dinners with Clooney and Pitt and B Jordan," he says. "And I figure I'll be on a lot more yachts. I'm excited to expand my yachting life. And I'll probably try to get better at brooding in really soft light. I like to ponder. I think this is going to help me become more inward and mysterious. And I'm looking forward to that." 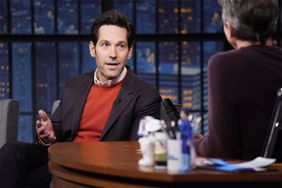 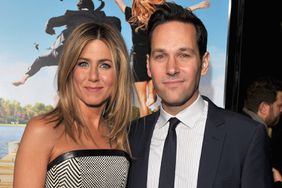 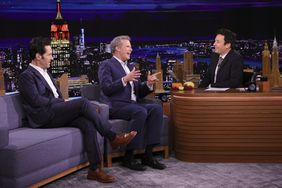 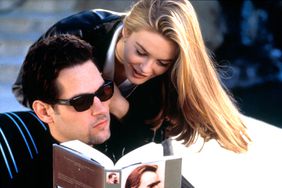 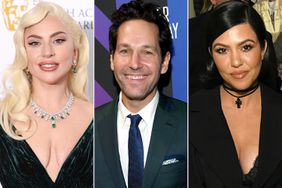