"My plan has been thwarted," the actor joked

Patrick Wilson can take a joke.

On Tuesday, Twitter user @Skoog posted three photos of the 47-year-old actor and wrote, "the mf really said i’m gonna be in a million movies but absolutely refuse to be famous," implying that Wilson hadn't gained status in Hollywood despite appearing in dozens of notable films and TV shows like Angels in America, Aquaman, Fargo, The Phantom of the Opera and Watchmen, to name a few.

"Dammit. My plan has been thwarted," Wilson responded by quote-tweeting @Skoog's post.

Singer Richard Marx responded to the father of two on Twitter, writing, "Patrick Wilson is great every f---ing time."

The spike in attention towards Wilson caused The Amazing Spider-Man 2 actor Dane DeHaan to recall a touching story about the two-time Golden Globe nominee.

"Patrick Wilson got me a meeting at CAA so I basically owe my film career to him," DeHaan, 34, tweeted on Tuesday, referring to the talent agency. "Glad to see the internets giving him the love he deserves."

"I think winning over his armies may be a difficult journey," Wilson told Screenrant of what could be next for his Aquaman character King Orm. "But I think because they're blood-related, that there is always some hope there. That's the journey. So I would be very interested to see his relationship with Arthur in the future. More interested in that, honestly, than like what he would be like with a group of supervillains. I don't think he would get along with anybody." 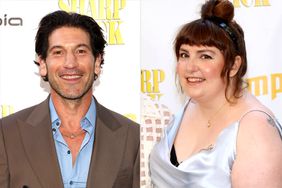