Ten years after his death, the beloved star is being remembered in a new documentary I Am Patrick Swayze

It’s been 10 years since actor Patrick Swayze succumbed to pancreatic cancer at age 57 but his widow, Lisa Niemi Swayze still honors his spirit every day.

“I still feel like he’s in my life,” she tells PEOPLE exclusively in this week’s issue. “When you move past the extreme pain of losing someone you love, you actually become close in a different way.”

Now the star is being remembered in a new documentary on Paramount Network, I Am Patrick Swayze. From his beloved roles in 1987’s Dirty Dancing and 1990’s Ghost to his passions including dancing and horses, Swayze was determined to live life to the fullest. In the end, “he showed himself to be a true hero in how he approached his disease,” says Lisa, 63, who married the actor in 1975. “The amount of lovingness and kindness, I saw wisdom in him that was beyond anything I’d seen before.”

For more about Swayze, pick up this week’s issue of PEOPLE, on stands Friday.

When Swayze took his last breath on Sept. 14, 2009 at the couple’s ranch north of L.A., Lisa was by his side. She placed a single white rose on his chest and an amulet above him over the bed while his favorite horse, a white stallion named Roh, was brought to the house to see his master one last time.

“He’s still in my dreams,” she says of Swayze. “In the beginning you kind of think the pain is going to help you hold on to them, and it doesn’t. But I haven’t lost him, and that was my fear.” She’s grateful for the documentary because it allows people “to remember Patrick. Because he so deserves it.”

A decade after the actor’s death, Lisa, who lives primarily in Florida, has moved on, marrying jeweler Albert DePrisco in 2014. But she believes she can still sense Swayze’s presence.

“I was driving down the road, and Emmylou Harris’s version of ‘Wayfaring Stranger’ was playing on the radio, and I really got that he’s just on the other side,” she says. “Almost so close I could touch him.”

She also has no doubt they’ll be reunited in death. “Yeah. He’ll be waiting for me,” she says softly. “And that’s a wonderful thing.”

I Am Patrick Swayze, produced by Derik Murray of Network Entertainment and directed by Adrian Buitenhuis, premieres on Aug. 18, which would have been Swayze’s 67th birthday, on Paramount Network. 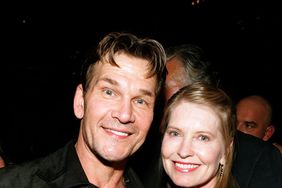 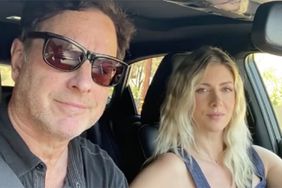 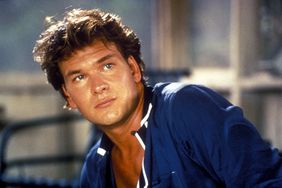 Lisa Niemi: 'I Miss Patrick So Much' 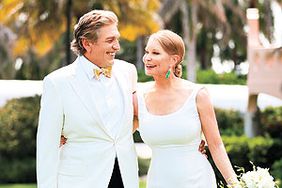 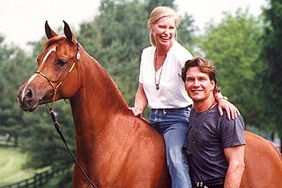 Patrick Swayze's Wife: I Feel Like He Hasn't Left