Paris Hilton stands by her assertion that Lindsay Lohan is a “pathological liar.”

“Just saying a fact,” Hilton told E! News at the Hakkasan Las Vegas nightclub on Saturday, where she was promoting her first skincare line. “Fact of life.”

“Good luck to her,” Hilton continued to E! News. “I wish her the best.”

Last week, Hilton, 37, reignited her infamous feud with Lohan, 32, via Instagram. As CommentsByCelebs captured, Hilton wrote “#PathologicalLiar” in response to a video in which Lohan made conflicting statements about Hilton in the 2000s.

Hilton and Lohan’s spat began when the actress became romantically entwined with the reality star’s ex-boyfriend Stavros Niarchos in 2006, according to E! News. Around the same time, Hilton was caught giggling when Brandon Davis called Lohan a “fire crotch.”

The Instagram video captured much of the aftermath: In the first clip, Lohan blamed Hilton for a mark on her arms. “She hit me last night for no reason,” Lohan accused.

In the next clip, Lohan walked back on her claim. “Lindsay, tell them the truth,” Hilton requested.

“Paris is my friend,” said Lohan in response. “Everyone lies about everything. She’s a nice person. She never did that. She’s a good girl.”

Now, roles have reversed as Lohan prepares to take on reality television. MTV will premiere Lohan Beach Club in 2019 about Lohan’s efforts to open the similarly named club in Greece.

Hilton may be following close behind, though. In June, Hilton told E! News teased her own potential show on the small screen. “We’ve been getting a lot of calls and a lot of offers from different networks, pitching that show, so maybe,” she said 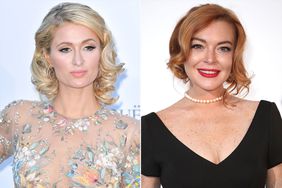 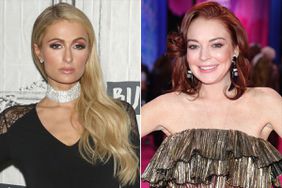 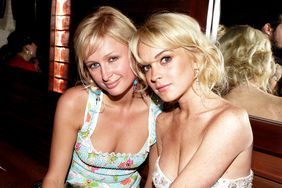