Parasite is the first film from South Korea ever to be nominated in the category, let alone win the prize

And the winner is… Parasite!

It was the first film from South Korea ever to be nominated, let alone win the prize.

Director Bong Joon Ho, who also penned the film’s screenplay, took the stage at the Dolby Theatre in Los Angeles, California to accept the award.

In his speech, Bong referenced the Academy’s decision to change the name of the category to Best International Feature Film from its previous category title: Best Foreign Language Film.

Producers Larry Karaszewski and Diane Weyermann decided to drop the word “foreign” this year despite the category remaining under that name since 1947, as it didn’t accurately represent the movies in the category and suggested anything other than the English language was considered foreign.

“I’m so happy to be its first recipient under the new name,” he said. “I applaud and support the new direction that this change symbolizes.”

He went on to acknowledge “all our loving cast members and crew members,” many of the actors standing up in the audience afterward. “Please give a round of applause for them I congratulate all the great artists here tonight,” Bong said. “I thank everyone … who allowed me to actualize my vision.”

It’s been a phenomenal awards season for the cast and crew of Parasite.

Earlier in the evening, Bong and his collaborator Han Jin Won picked up the Oscar for Best Original Screenplay, beating out Rian Johnson (Knives Out), Noah Baumbach (Marriage Story), Quentin Tarantino (Once Upon a Time… in Hollywood) and Sam Mendes and Krysty Wilson-Cairns (1917).

The blockbuster became one of the most talked-about films of 2019 in the United States. The mastermind behind the dark thriller, South Korean-born Bong, premiered the movie at the 2019 Cannes Film Festival on May 21, 2019, where it became the first Korean film to win the Palme d’Or, the top prize of the festival.

All the Oscar Records That Could Be Broken: From a Parasite Shocker to Obama Making History

Once the film opened in the U.S. last fall in just three theaters — two in Los Angeles and one in New York City — it brought in $376,264 in total ($125,421 per-theater), which made it the biggest per-screen haul of any international film ever, according to Vanity Fair. 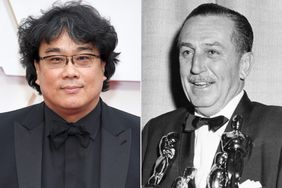 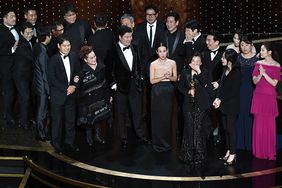 'Parasite' Makes Oscars History with Best Picture Win: 'We Never Imagined This to Ever Happen' 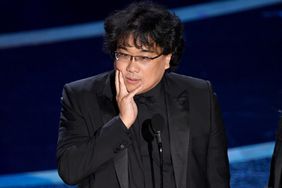 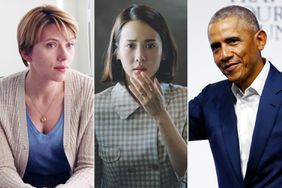 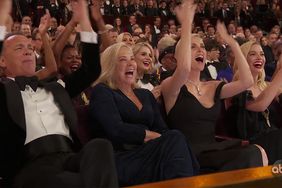 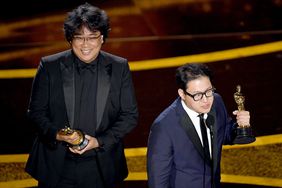 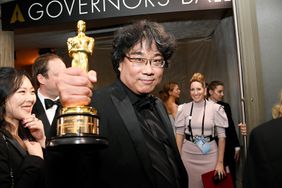 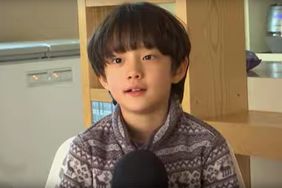 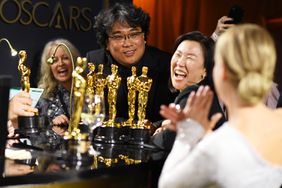 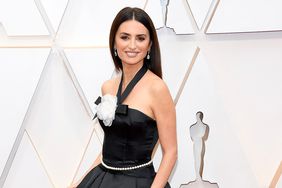 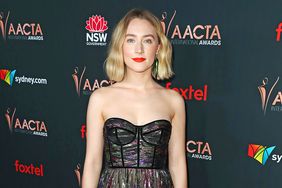