American Factory beat out The Cave, Honeyland, The Edge of Democracy and For Sama

And the winner is American Factory!

The film took home the award for Best Documentary Feature at the 92nd annual Academy Awards on Sunday.

“Just being in the presence of our sister and brother documentarians, who risk their lives making stories, bringing stories to us about hospitals being bombed, about brazil — we are so proud, we are inspired,” co-director Julia Reichert, who previously revealed she was diagnosed with terminal cancer at 73, said alongside Steven Bognar.

“Our film is from Ohio and China, but really could be from anywhere where people put on a uniform, punch a clock, trying to make their families have a better life. Working people have it harder and harder these days. We believe things will get better when workers of the world unite,” Reichert added.

The film, from Barack and Michelle Obama‘s production company, beat out The Cave, Honeyland, The Edge of Democracy and For Sama.

In response to American Factory‘s win, the former president tweeted, “Congrats to Julia and Steven, the filmmakers behind American Factory, for telling such a complex, moving story about the very human consequences of wrenching economic change. Glad to see two talented and downright good people take home the Oscar for Higher Ground’s first release.”

The former first lady wrote on Twitter, “Congrats to Julia, Steven, and the whole crew on winning Best Documentary for #AmericanFactory, Higher Ground’s first release! So glad to see their heart and honesty recognized—because the best stories are rarely tidy or perfect. But that’s where the truth so often lies.”

American Factory follows a Chinese billionaire as he opens a factory in an abandoned General Motors plant in Ohio.

The project started off as something positive for the community as it provided 2,000 Americans with jobs — however, things took a dark turn as the film shed light on the relationship between employers and workers.

“In the United States, we fought to have an eight-hour day and have weekends off,” Reichert told NPR. “That’s pretty much of unheard of in industrial work in China… If the boss says you have to work six days a week or seven days a week you just do it.”

Of her illness, Reichert told The Hollywood Reporter “there’s no cure.”

“It could be six months, a year or more. I’ll be real honest, it would be extremely meaningful after four nominations and my age and my state of life. It would be very meaningful,” she told The Hollywood Reporter of being nominated.

The 92nd Annual Academy Awards are airing live from the Dolby Theatre in Hollywood on Feb. 9 at 8 p.m. ET on ABC 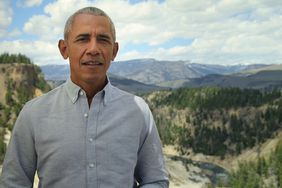 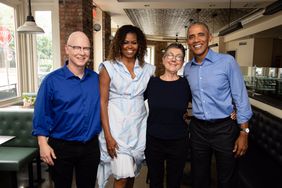 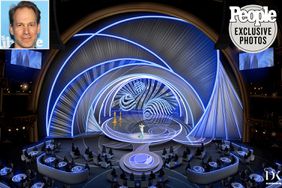