"Joy did a whole lot for me," Lady Gaga said in the press room following her performance of "Shallow" alongside Bradley Cooper and subsequent Oscar win

Lady Gaga and Bradley Cooper‘s chemistry is palpable in front of the camera for a very good reason: Their offstage support for each other is unmatched.

Before the actors took to the stage to perform “Shallow” from their hit film A Star Is Born (which clinched the Best Original Song Oscar for Gaga), Cooper had a sweet and encouraging message for his friend and costar.

” ‘One of the hardest things in life is to be brave enough to be yourself. I wish to everyone that is going to that celebration to feel a joy inside of them,’ ” Gaga, 32, recounted in the press room after the show.

Following the steamy performance, Cooper’s girlfriend, Irina Shayk, led the standing ovation while Gaga and the actor smiled and hugged as they walked off the stage. They came back out arm-in-arm during the following commercial break to huge cheers from the entire house.

After nailing the rendition of the song, Gaga and Cooper made their way backstage, where they hugged tightly as they were met with a swarm of claps from well-wishing production staff.

While taking in the congratulations and asking, “Did I nail it?” the “Bad Romance” hitmaker looked at Cooper, 44, and said, “I’m so f—ing proud of you!”

As predicted, “Shallow” — the biggest contender for Best Original Song at the Oscars — took home the coveted statuette. The award went to Gaga, along with co-writers Mark Ronson, Anthony Rossomando and Andrew Wyatt.

In her acceptance speech, the singer teared up as she thanked those who are closest to her, including Cooper.

“My family is here. I love you, mom and dad,” Gaga said. “Bradley, there is not a single person on the planet that could’ve sung this song with me but you. Thank you for believing in us. Thank you so much.” 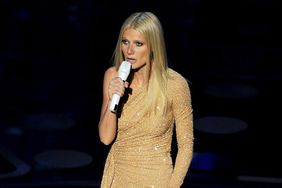 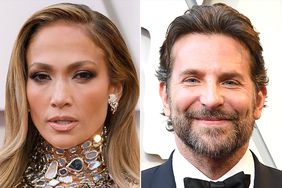 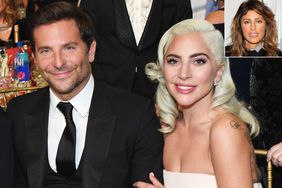 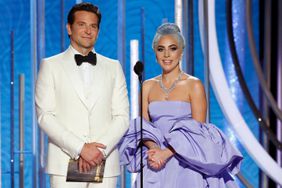