Selma Blair Walks Emotional First Red Carpet Since MS Diagnosis with a Cane: 'There Are Angels'

Blair revealed in October 2018 that she was diagnosed with multiple sclerosis, a disease of the central nervous system

The actress appeared at the Vanity Fair Oscars Party in Beverly Hills on Sunday night wearing a pink, mint green, ice blue, and black dress while carrying a custom cane to support her movement.

“This is love,” Blair, 46, wrote on Instagram of her cane, personalized with her own monogram. “How did I get so lucky?”

“I wanted a special cane for #vanityfair dinner,” she continued. “So… @lyon_heartedwent out and found patent leather and @bic_owen and he stitched it on. Hours of love put in. And then #tombachick made it especially magical. I burst into tears. These gifts to get me through. #subtle #chic #love. I can’t thank these three enough. There are angels.”

Blair first revealed in October that she was diagnosed with the disease, and has since opened up on social media about the challenging moments she has faced.

“Going out, being sociable holds a heavy price,” she wrote in a post after her diagnosis. “My brain is on fire. I am freezing. We feel alone with it even though the loving support has been a godsend and appreciated.”

Selma Blair Opens Up About Life with MS in Candid Post: ‘I Choke with the Pain of What I Have Lost’

“People write me asking how I do it. I do my best,” she continued. “But I choke with the pain of what I have lost and what I dare hope for and how challenging it is to walk around.”

“My smiles are genuine. This is ok. Life is an adventure with many shards of awakening,” Blair added. “I can’t sleep at night but daytime I have trouble staying awake.”

The disease is often unpredictable, and its severity differs from person to person, according to the National MS Society. Most people with multiple sclerosis are diagnosed between the ages of 20 and 50, with at least two to three times more women than men being diagnosed, the organization reports.

There is no known cure for the disease, and treatment typically involves slowing the progression of the disease and managing symptoms, according to Mayo Clinic.

“I am in an exacerbation,” Blair continued in a October Instagram post. “By the grace of the lord, and will power and the understanding producers at Netflix, I have a job. A wonderful job. I am disabled. I fall sometimes. I drop things. My memory is foggy. And my left side is asking for directions from a broken gps. But we are doing it. And I laugh and I don’t know exactly what I will do precisely but I will do my best.”

Blair — who has appeared in 2004’s Hellboy and 1999’s Cruel Intentions — is mother to 7-year-old son, Arthur Saint Bleick, whom she shares with Jason Bleick.

The actress has thanked her celebrity friends like Sarah Michelle Gellar, Freddie Prinze Jr. and Jaime King for their support during the trying time.

“Since my diagnosis at ten thirty pm on The night of August 16, I have had love and support from my friends, especially @Jaime king @sarahmgellar @realfreddieprinze @tarasubkoff @noah.d.newman,” Blair on Instagram. “My producers #noreenhalpern who assured me that everyone has something. #chrisregina #aaronmartin and every crew member … thank you.” 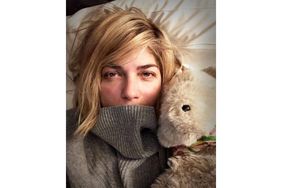 Selma Blair Opens Up About Life with MS in Candid Post: 'I Choke with the Pain of What I Have Lost' 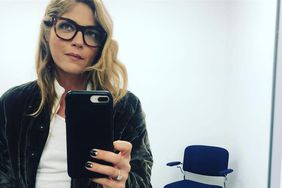 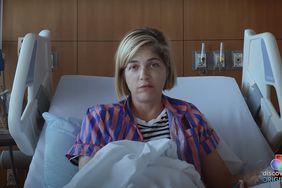