As a Lady Gaga gave an emotional acceptance speech at the 2019 Academy Awards on Sunday, she had a star visibly pulling for her in the audience.

Gaga took home the Oscar for Best Original Song for her work on A Star Is Born’s signature song, “Shallow” and after thanking co-star Bradley Cooper and her collaborators, she spoke about the importance of determination in getting her to the big stage.

“If you are at home and sitting on your couch watching this right now, all I have to say is this is hard work,” Gaga said.

“Hudson is stage mom-ing Lady Gaga through this speech,” tweeted another.

In addition to her speech, the 32-year-old singer performed an intimate “Shallow” duet with Cooper. They sang cheek-to-cheek, ending the song staring into each other’s eyes.

“Shallow” marked Gaga’s second nomination in the Best Original Song category following 2016’s “Til It Happens to You” from The Hunting Ground.

The 91st Academy Awards were broadcast live from Los Angeles on Sunday, Feb. 24, on ABC. 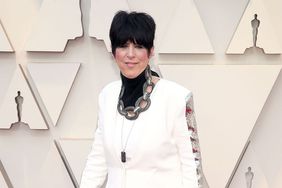 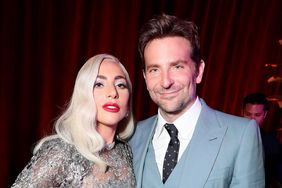