Chris Evans is winning the hearts of people around the globe after giving Regina King a hand at the 2019 Academy Awards.

On Sunday evening, King won her first-ever Oscar nomination of Best Supporting Actress for her moving role in If Beale Street Could Talk. After the 48-year-old actress’ name was announced, the crowd rose to their feet and King prepared to make her way to the stage.

As soon as she went to take her first step, King’s heels got tangled in her dress, causing her to momentarily pause and regain her footing.

Luckily, Evans, 37 — also sitting in the front row next to King’s mother Gloria — came to her rescue and offered his arm to graciously help her up the stairs.

The sweet moment was not only captured on film but also seemed to capture the hearts of people across the Internet, with many swooning over Evan’s chivalrous gesture.

“Best Chris strikes again. #Oscars” wrote one fan, in reference to the fan-based friendly argument over whether Chris Hemsworth, Chris Pine, Chris Pratt or Evans is the “best” Chris.

“He really is captain america!!!” added someone else, in a nod to Evans’ role in the Marvel film franchise.

“Regina King won, for James Baldwin’s work, wearing that gorgeous dress, AND has Chris Evans offer to help her up the stairs. She is truly winning tonight. #Oscars2019″ wrote another Twitter user.

“Chris Evans escorting the queen, Regina King, up the stairs was exactly what we needed to start the #Oscars !” said one fan.

Evans’ gentlemanly gesture wasn’t his only major moment of the evening. The Captain America actor also got people talking after he took the stage to present the Best Production Design award with Jennifer Lopez.

Evans — wearing a teal velvet coat with black pants and a black bow tie (all custom Salvatore Ferragamo, chosen by stylist Ilaria Urbinati “in this sort of fairy tale blue to go with his eyes,” she tells PEOPLE) for the ceremony — presented the category alongside Lopez, 49, and their sweet interactions before and after taking the stage had fans hoping for more than just an award presentation.

“me working on a screenplay for a film where chris evans and jennifer lopez play lovers,” wrote someone.

“Give @ChrisEvans & @JLo a rom com right now,” jokingly demanded one user. “JLo is a CEO who has put her job 1st. Chris is a reporter hunting for THE story to prove himself. When he runs into JLO at a singles mixer they CLICK & he sees his (witty) mark. But can they put love above their careers? #oscars”

Some even jokingly suggested the pair team up for a film where Evans stole Lopez from her current boyfriend Alex Rodriguez.

Others, meanwhile, were taken aback at the stars’ stunning appearances.

“is it even legal for two people to look as good as Chris Evans and Jennifer Lopez do right now? They shouldn’t even be allowed to stand next to each other,” added another user.

“Chris Evans and Jennifer Lopez a combo that one can’t resist. #Oscars” wrote another Twitter user.

“Pan to Chris Evans and Jennifer Lopez, and my eyes turned to hearts. What a gorgeous pair. #swoon #oscars” added another user. 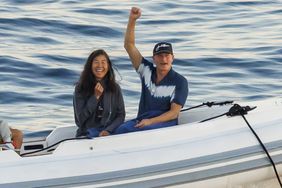 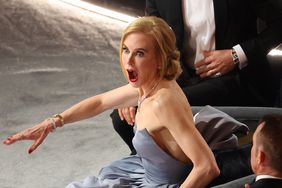